The start of sales of Lada Vesta, the production of which AVTOVAZ has launched Assembly site “Izhevsk Lada”, scheduled for November 25. 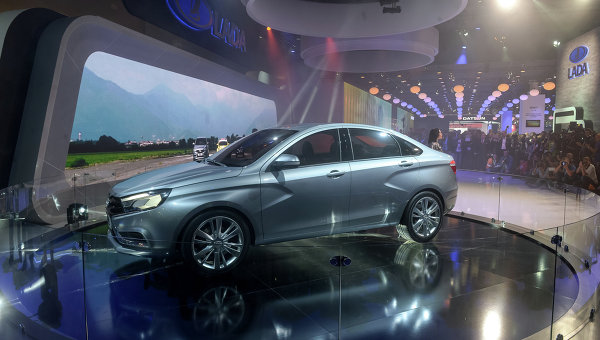 The start of sales of the new car is scheduled for November 25. First serial Lada Vesta was a car in the middle complete set dark grey “Pluto”, equipped with Russian AVTOVAZ engine volume of 1.6 liter (106 HP) and manual transmission Renault. Initial localization level of the car is 71%.

Lada Vesta created on a completely new platform, developed by engineers with the participation of the Alliance Renault-Nissan. For the first time in the history of the demonstration of the concept car to start the car in the series one year has passed.

The new car is produced at site “Izhevsk Lada” on the line, AIMS is a flexible performance line, which also produced cars Nissan. Here is one of the best in Russia, painting a complex, modern welding complex and pressing.

A significant part of components for Lada Vesta is produced in Togliatti — is engines, gear boxes, landing gear components, parts of large and medium stamping, including the front panel of the body.