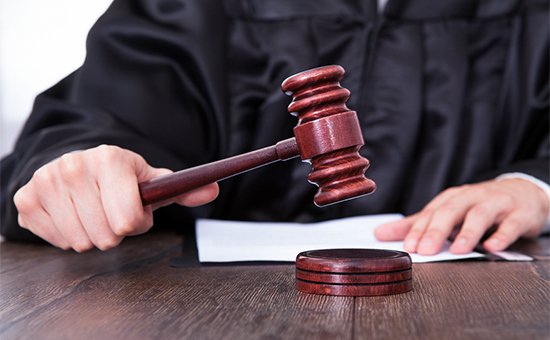 As it became known , Ministry of economic development submitted to the government the bill on amendments to the law “On insolvency (bankruptcy)” and certain legislative acts regulating the issues of application of survey procedures and financial rehabilitation (a copy of the bill there). Deputy economic development Minister Nikolai Podguzov it was confirmed.

The essence of the bill, over 100 pages, is to replace bankruptcy procedures in rehabilitation, shifting the emphasis on financial rehabilitation, not liquidation of companies.

But the document has caused criticism from big business. We are talking about a significant expansion of the right of arbitration courts in bankruptcy proceedings to the detriment of the interests of creditors, criticizing the Russian Union of Industrialists and entrepreneurs (RSPP). “The bill not only provides a more effective regulation of financial recovery, but also significantly affects the current base introduction the procedures applied in business about bankruptcy, allows for the possibility of significant abuse”, — the President of RSPP Alexander Shokhin (copy of his letter to the head of State legal Department of presidential administration Larissa Brycheva have).

According to the Minister, annually in Russia is excited about 30 thousand bankruptcy cases. But unlike the US, whose practice they want to adopt the Russian authorities, the procedure of financial rehabilitation is used rarely — in most cases assets are sold and the business liquidated. The bill will reverse this situation and preserve potentially solvent participants of the economic turnover in Russia, hope in the Ministry of economic development.

For comparison, in 2014 in the United States opened nearly 27 thousand liquidation (Chapter 7 bankruptcy USA) and 8.7 thousand rehabilitation procedures, including more than 6 thousand reorganizations (Chapter 11), said Podguzov. Bankruptcy under Chapter 11 often allows U.S. companies to continue to restructure operations and debts and exit bankruptcy in an updated form — for example, with automakers General Motors and Chrysler.

The Ministry of Finance regulations is also not satisfied. In part related to the effective rehabilitation of industrial enterprises, the bankruptcy law needs some changes, said Deputy Finance Minister Alexei Moiseev. “Such treatment should entail including a change of ownership of the enterprises invested in sanitation”, he said. Now the Russian legislation of such possibility does not give. And in the United States, the company can bankrupt as selling off the property in parts, and keeping the property production complex, but replacing the owner.

The power of judges

Big business is not against to incorporate American practices in the Russian legislation, but not in this form, as proposed by the Ministry of economic development. Most of the RSPP concerned about a significant expansion of the powers of the court. “The bill confers on the court of arbitration functions for the adoption of economically sound decisions about the further procedure in the case of bankruptcy”, — says Alexander Shokhin.

For example, article 75 of the bill (“End monitoring”) allows the judge to recognize the debtor bankrupt and to open bankruptcy proceedings is contrary to the report of the interim Manager on the basis of data and documents to third parties involved in the bankruptcy case. Article 83 (the”financial recovery Plan”) introduces a new criterion — the ability of the debtor to negotiate with creditors about their debts. “In the definition of “solvency restoration” introduces an additional evaluation criterion — the absence of threat of occurrence of signs of bankruptcy after the implementation of the financial recovery plan”, similar to the powers of the court and in deciding on approval of this plan without the consent of the creditors, according to Shokhin.

“In fact, the only mechanism to protect the interests of creditors who do not agree with the financial recovery plan, is a subjective opinion [the judges] do not possess the sufficient competence for assessing and forecasting the financial condition of companies and should not take responsibility for economic decisions”, — says the President of the RSPP.

Deputy economic development Minister Nikolai Podguzov disagree: the bill does not prejudice the interests of creditors, and ensures a fair balance of interests of creditors and the debtor. According to him, the document speeds up the bankruptcy process and creates competition for the debtor’s statements (about the introduction of financial rehabilitation) and the creditor (the debtor is bankrupt).

Now lenders must go through a long period of neutral a monitoring procedure that can go for over a year, and the new rules will accelerate the initiation of bankruptcy proceedings at an early stage, when the debtor still has the opportunity to restore their solvency, he continues.

The court cannot approve a financial recovery plan, unless it is proven that with this procedure, the creditors will receive more than from sales in bankruptcy, says the official. According to him, the bill does not oblige the court to independently analyze the financial condition of the debtor or to make forecasts of change, although, of course, decisions based on evaluation of evidence and arguments is impossible without inner conviction of the judge.

Another claim of the business unreasonable, from their point of view, increase the maximum term of financial improvement from two to eight years. According to Shokhin, “to evaluate the possibility of changes in financial position of the company in such a long time is extremely difficult.” An increase in the time necessary to more fully address the interests of all creditors, including the minority, says the Deputy Minister. Creditors are divided into classes, each of which needs a majority vote to approve the plan before the court can approve. “In fact, we are not talking about increasing the period of the rehabilitation procedure and on the systematization and detailing the decision-making process to protect the interests of all participants,” says Podguzov.

Most of the relevant agencies approved the bill, said in an accompanying letter to Prime Minister Dmitry Medvedev in making in the government (a copy of the letter). “The bill is now being discussed. I hope that the discussion will have found the right balance between the interests of lenders and borrowers”, — said Deputy Finance Minister Alexei Moiseev. The Ministry is ready to dialogue with the business community, says Nikolai Podguzov.