The President of Ukraine on Wednesday signed a law according to which on 20 February 2014 scheduled beginning date of the “temporary occupation” of Crimea. The Crimean authorities this date is associated with the beginning of the coup d’état in Ukraine and the overthrow of the legitimate authorities. 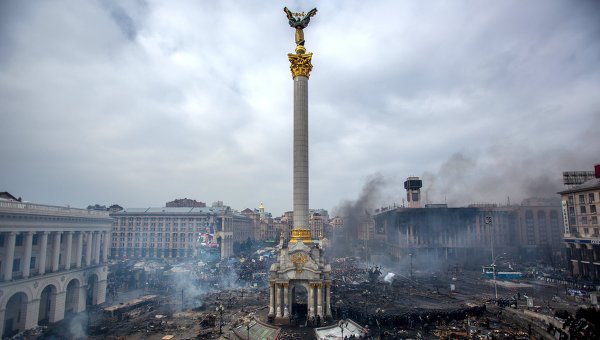 SIMFEROPOL, 7 Oct. Crimean authorities suggest that the President of Ukraine Petro Poroshenko lieu of law on the date of the “temporary occupation” of the Peninsula to issue a document about the beginning of the coup d’état in the country, said Vice-speaker of the Crimean Parliament Andrey Kozenko.

Once again, the Crimea became a Russian region after the March 2014 referendum in which the overwhelming majority of people at that time still Ukrainian autonomy, does not recognize the legitimacy of coup d’etat in Ukraine, voted to return to Russia. Earlier Wednesday, Poroshenko signed a law according to which on 20 February 2014 scheduled beginning date of the “temporary occupation” of Crimea, which Kiev believes is still Ukrainian territory. The Ukrainian authorities believe that such measures are necessary to strengthen the country’s position in solving disputes against the Russian Federation in international jurisdictional bodies.

“The name of the law he wrote is not entirely true. In that period in Kiev mass riots began, thereby further understandable was the reaction of our Republic. Personally, I have the date February 20 is associated with the beginning of a state revolution in Ukraine and the overthrow of the legitimate authorities in power. From this moment on, Ukraine began the chaos and lasts until now,” said Kozenko.

According to him, Ukraine of today has not the slightest relationship to the life of the Crimea, so Ukrainian authorities have no option but to engage in political populism.

“Crimea belongs geographically to the Russian Federation, so the Ukrainian government can make any laws, even the impossible”, — stressed the Vice speaker.

The Russian foreign Ministry has repeatedly stated that the inhabitants of Crimea democratically in full compliance with international law and the UN Charter voted for reunification with Russia, respecting and accepting this choice, and this decision is the reality that must be reckoned with.

The Crimean region, part of the RSFSR, was in February 1954 transferred to the Ukrainian SSR by decree of the Presidium of the Supreme Soviet of the USSR.