The President of Ukraine Petro Poroshenko in relation to the Crimea and Donbas has a policy of “ardent nationalist”, said the Vice-speaker of the Crimean Parliament Andrey Kozenko and invited the Ukrainian leader in the region to hold him accountable for his actions. 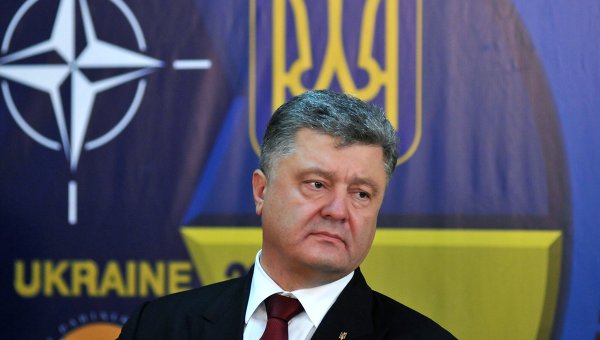 SIMFEROPOL, Sep 30. Crimean authorities invited the President of Ukraine Petro Poroshenko to visit the Russian Peninsula to be held accountable for what “he does in relation to the Crimea and on the territory of Donbass”, said the Vice-speaker of the Crimean Parliament Andrey Kozenko.

The President of Ukraine Petro Poroshenko during his visit to the US said that Kiev will be able to return the Donbass and the Crimea, “and pretty soon”. Speaking at the UN General Assembly, Poroshenko stated that “Ukraine occupied by Russia in Crimea and the Donbas region, account for almost 44 thousands of square kilometers and millions of Ukrainians live under occupation”.

“Today the main task of the Ukrainian authorities to draw attention to themselves by any means available to Express themselves. Speaking of Crimea, none of the Ukrainian politicians didn’t ask how the Crimeans feel, how they live. None of them came. And I would, for example, would be happy if he came Poroshenko, we would be with him for all that he does in relation to the Crimea and on the territory of Donbass,” said Kozenko.

According to him, Poroshenko in relation to the Crimea and the Donbass pursues a policy of “ardent nationalist” who indulges rabid gangs within the Ukrainian state.

“In his statements there is no common sense. Poroshenko is deeply mistaken in their judgments, which once again proves the incompetence of the Ukrainian authorities”, — said Vice-speaker.

Crimea became a Russian region after the March 2014 referendum in which the overwhelming majority of people at that time still Ukrainian autonomy, does not recognize the legitimacy of coup d’etat in Ukraine, voted for annexation by Russia. In Moscow underline that the referendum in Crimea complies with international law and the UN Charter. Ukraine still considers the Crimea as its temporarily occupied territory.