The publication noted the efforts of the head of the Russian Central Bank in the fight against “macroeconomic storm” that gripped the Russian economy. Nabiullina, in turn, said that such a high valuation carries with it additional responsibility. 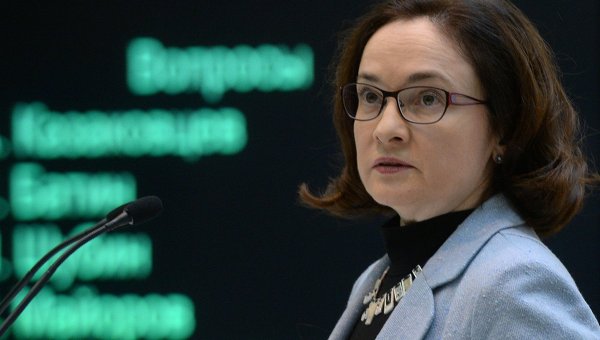 MOSCOW, 16 sen. Elvira Nabiullina, according to Euromoney, recognized as Executive of the year among the heads of Central banks in 2015, the report said Euromoney.

Euromoney praised the efforts Nabiullina in the fight against “macroeconomic storm” that gripped the Russian economy. According to the organization, the head of the Bank of Russia conducted “reasonable policy”.

“Faced with painful sanctions and the correction in oil prices, economists have given credit of trust to the head of the Central Bank of the Russian Federation and her team for drastic steps to stabilize the foreign exchange market by raising interest rates, as well as measures for strengthening of the rouble and to provide liquidity to financial institutions”, — stated in the message Euromoney. These measures, combined with a free-floating ruble and inflation targeting has increased the confidence of foreign investors, the newspaper notes.

“This award is a great honor for me and, no doubt, this is a high assessment of the work of the team of the Central Bank of Russia. Our economy now faces serious challenges to the financial system, this requires difficult decisions and in monetary policy, and in regulation of the banking sector. International markets are also great uncertainty, and it requires us to be prepared for new challenges, and the title of The Central bank governor of the year imposes in these circumstances and additional responsibilities,” — said Nabiullina.

Euromoney is a monthly magazine with headquarters in London, was founded in 1969. Since 1991, Euromoney magazine annually grants awards for the best achievements (Awards for Excellence) leaders in the field of banking, Finance and investments in 70 countries.