To work in an integrated entertainment zone “Primorye” trained more than 300 people. From gambling activity Primorsky Krai will receive no less than billion rubles in taxes. 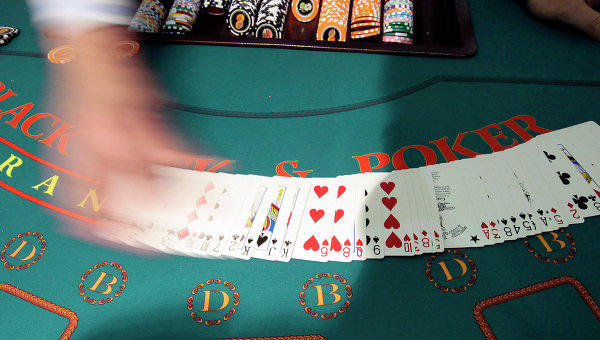 BLAGOVESHCHENSK, 8 Oct. First casino opens on Thursday in the gambling zone in the Primorye territory, which was erected a hotel with a Spa area, and the menu will meet the chef that prepared for the Eastern economic forum, the press service of the regional government.

“The official opening of the gambling part of the complex Tigre de Cristal will take place on 8 October, to work in an integrated entertainment zone “Primorye” trained more than 300 people: the dealer, cashiers casino consultants slot machines” — it is told in the message.

As reported, the owners of club cards first casino Primorye wished to become nine thousand people. Complex Tigre de Cristal in addition to gambling zone will include the first luxury hotel is the only hotel complex of the company Summit Ascent in northeast Asia. In the hotel there are Spa and fitness centre, and a network of restaurants and bars.

Cooking for guests of the casino in Primorye will be a chef from Greece with 24 years of experience, both praised the participants of the Eastern economic forum.

The total investment in technical infrastructure the casino will make about $ 20 million. Resort zone “Primorye” will be located in muravyinaya Bay near Vladivostok. On the area of 620 hectares in addition to entertainment centers and casinos planned to build four five-star hotels, seven four — star and four — star, 12 guest villas, yacht club, a multipurpose trade and exhibition complex, several cinemas, promenade and other objects of tourist and recreational destination year-round use.

As reported, the project will proceed in three phases, the last completed in 2022. Four signed an investment agreement on construction of hotels and casino totaling $ 108 billion. Key investors were G1 Entertainment together with MelcoInternationalDevelopment Limited, a Malaysian company NagaCorp Ltd, Royal Time Primorye and Diamond Fortune Holdings.

The infrastructure for the entertainment of the resort is created at the expense of the regional budget. You have already created all the engineering and road infrastructure needed to launch the first phase of the complex network of conduit, local treatment facilities, completed the construction of a bridge and road. The total budgetary investment is about 800 million rubles.

According to the press service, only from gambling activity Primorsky Krai will receive no less than billion rubles in taxes, but, according to the Governor of Primorye Vladimir Miklushevsky, the main emphasis in the work of entertainment of the resort zone “Primorye” will not be on gambling, and tourism and recreation, cultural and Convention and exhibition component of the project.