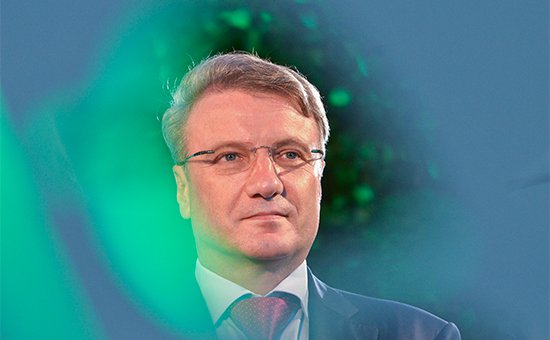 In the short term, there may be cases of bankruptcy of small, medium and even large banks. About this stated the head of Sberbank German Gref in an interview with TV channel “Russia 24” at the international investment forum “Sochi-2015”, reports Prime.

“Overall, the sector is now fairly stable, liquidity is not. There are some issues with capital, but they’re not as sharp as they were six months ago. But we can observe a large number of bankruptcies of small and medium-sized banks, maybe even some large ones. Therefore, in this part, I think that by the end of 2016, the situation in the sector will be quite difficult”, — he said.

In June, Gref at the world economic forum in St. Petersburg said in an interview that the acute phase of the crisis passed, however, this does not mean that Russia had passed the crisis itself. He noted that “the non-payment and bankruptcy are still ahead”.

In may in an interview with “Vedomosti”, the head of Sberbank said that Russia does not have effective control system. Gref explained that in these circumstances, to conduct a serious and widespread reform is dangerous. “The system doesn’t crash, it will slowly degrade,” he said. In his opinion, to initiate changes in the system of Executive power.

In April, Gref also stated that no management system reform the other reforms impossible. “If we soon do not address large-scale structural reforms, then I see no sources for economic growth and thus prosperity and competitiveness of our country”, — said the head of Sberbank.

In December 2014, on air of TV channel “Russia 24” first Deputy Chairman of the Central Bank Alexey Simanovsky said that much of the work on clearing the banking sector from unfair banks of the year has been completed. “According to our own estimates, much of the work associated with this kind of loan organizations we must, at the end of last year and this year have done. Now not so acute from the point of view of the number [of unscrupulous banks] is this issue”, — cited the words of the Chairman of the Central Bank Agency RIA Novosti.

The last major case of revocation of the banking licenses were reviews of the licences of Probusinessbank and “the Russian credit” (51-th and 45-th place by volume of net assets, respectively). The reason for this was the unreliability of the accounting data — in the case of “Russian credit”, and in the case of Probusinessbank is the placement of funds in low-quality assets, resulting in the Bank on the wording of the Central Bank, “has completely lost own means”.