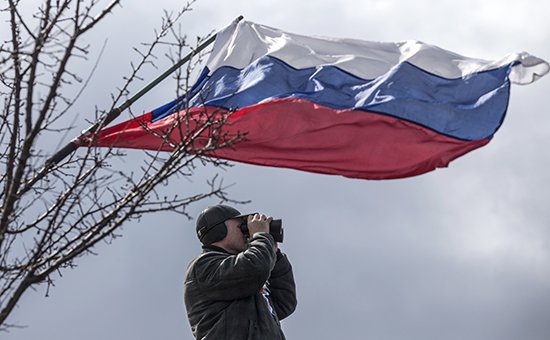 The longest recession in 20 years

“In light of the renewed fall in global oil prices, we have adjusted its forecast for the Russian economy to the downside,” say analysts at HSBC in quarterly review, “European economy”. They now expect that GDP will shrink in 2015 by 4% and next year by 2%. Earlier the Bank predicted a decline of 3.5 and 1.5% respectively. According to the authors of the review, the fall in oil revenues has put an end to hopes that GDP has reached “the lowest point of the cycle”, having fallen by 3.5% in the first half.

HSBC now predicts strengthening of recession in the last months of the current year, resulting in GDP will be reduced by 4% for the year, and the accumulated negative momentum combined with the low oil prices will result in the decline of the economy next year. The reversal will only happen in 2017, when HSBC expects slower growth, but it will depend on a recovery in oil prices and increased government spending in the election cycle.

“A two-year recession will be the longest [in Russia] over the last two decades, will lead to a drop in domestic demand by almost 10% due to a sharp downturn of consumption and investment,” write the economists at HSBC. According to the database of Bloomberg forecasts, the consensus on the decline of investments in Russia this year is 8.6%, falling personal consumption — 7%.

Analysts at HSBC also pay attention to the differences in the priorities of the Ministry of Finance and the social block of the government: while the Ministry of Finance aims to keep public investment to support long-term growth — albeit at a large cost to lower income households, the socialist advocates the use of fiscal stimulus, as in 2008-2009, in order to overcome the recession. Although HSBC are inclined to think that it will be selected more restrained fiscal policy, the Bank’s experts note that more “aggressive” indexing of pensions and wages is possible if the economic indicators will begin to affect the political agenda ahead of elections in 2018. This indexation of pensions by 11.9% (option, current legislation and supported by the social sector) will lead to the exhaustion of the Reserve Fund by the end of 2018, if other costs will not be cut by 3 trillion rubles.

“I remind you that now we have after eight months of recession level of 3.8% of GDP. We assume that by the end of the current year will be approximately the same decline,” — said yesterday the Minister of economic development Alexei Ulyukayev in Novo-Ogarevo on the results of the meeting with the President of Russia on the issue of recovery from the recession. However, according to the Minister, next year the Ministry expects growth of 0.7% at an average oil price of $50.