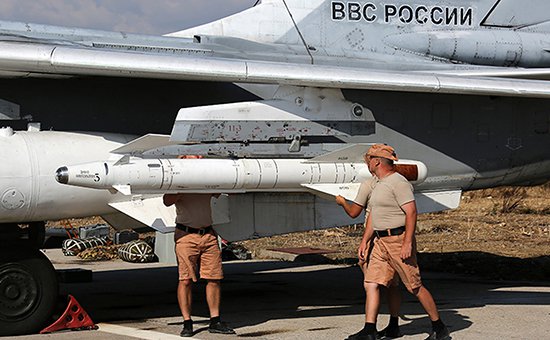 Baghdad “in the coming days or weeks” to address to Moscow with the request to start delivering air strikes on positions “Islamic state” (organization banned in Russia) on the territory of Iraq. The head of the defense Committee of the Iraqi Parliament Hakim al-Zamili said in a conversation with Reuters.

“We may have to soon ask Russia about air strikes in Iraq… It depends on its success in Syria,” the official said. According to him, Baghdad wants Moscow played a big role in the fight against ISIS than the US.

On Wednesday morning in the Kremlin declined to comment on the possibility of Russian military personnel in other countries. On the question of whether the expansion of operation against ISIS in Iraq, the President’s press Secretary Dmitry Peskov said: “can’t answer this question. This is much too serious a matter to give a hypothetical answer.”

In early October, Iraqi Prime Minister Haider al-Abadi said that “would welcome” Russian air force strikes on is positions in Iraq. But he stressed that Baghdad and Moscow had not discussed such a possibility at the highest level.

The Director of the Department on new challenges and threats of the Russian foreign Ministry Ilya Rogachev admitted that Moscow may consider expanding operations against ISIS in Iraq, however, notice that this can occur only under certain conditions. “Or we will have an appropriate appeal from the government of Iraq or the Security Council resolution, which critically depends on the will of the Iraqi government”, — explained the diplomat.

Foreign Minister Sergei Lavrov October 1 said that Moscow has no plans to expand its operation. “We have no plans to expand airstrikes on Iraq. Nobody invited us and no one asked for,” said the Minister. “As you know, we — “polite people”, we’re not coming if we’re not invited”, — said Lavrov.

On 30 September, the Federation Council gave President Vladimir Putin permission to use Armed forces abroad. Later, the Russian authorities specified that it is only about air strikes on Islamists in Syria, excluding the possibility of a ground operation.