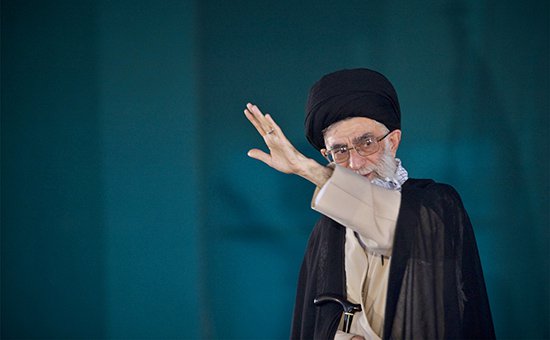 “Negotiations with America is forbidden, because Iran they receive no benefits and many problems,” said Khamenei in a speech to commanders of the Islamic revolutionary guard Corps. In the message the press service of the spiritual leader States that he criticized those who called to chat with the enemy, and thereby adhered to the wrong point of view.

Khamenei said that Iran is not against talks with other countries, including with the Europeans. “But quite a different matter when talking about America because their goal is “penetration in the economy, culture, politics and security”. However, he said that the United States always coordinate their actions with the “inhuman Zionist regime”.

Regarding nuclear talks between Iran and the Ayatollah stressed that the representatives of the Islamic Republic and there were guarded, but there had been attempts to impose someone else’s opinion.

Reuters recalls that in September the spiritual leader of Iran urged to negotiate with the United States, however, outright ban from Khamenei, a Supreme figure in the country, still was not.

Khamenei did not prohibit negotiations over its nuclear program, but has not reported its support for the agreements reached with Tehran.

Joint comprehensive plan of action on Iran’s nuclear program was signed on 14 July 2015 in Vienna. Signatures under the document put Iran and the six international mediators, which includes Russia, USA, China, UK, France and Germany. Under the agreement, Iran committed not to produce nuclear weapons and use nuclear facilities solely for the purpose of production of peaceful nuclear energy in exchange for the lifting of sanctions.

The U.S. Congress has still not approved the agreement with Tehran. Some legislators suspect that this money can be used to strengthen Iran’s allies, are hostile to U.S. partners in the region.

Against the Treaty stands and Israel, arguing that the lifting of sanctions will strengthen Iran and lead to a serious balance of power in the middle East region.