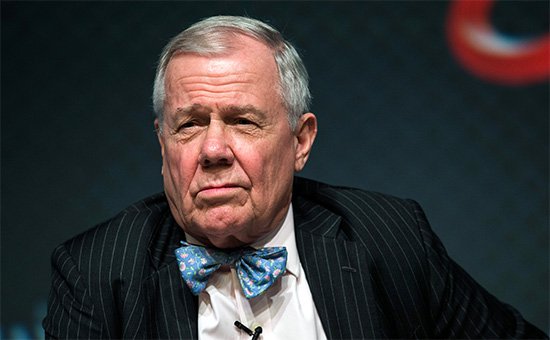 The lack of reaction of the oil market on bad news (oil price holding steady at $45-50 per barrel.) usually indicates a change in trend and heralds the imminent growth of quotations, told Bloomberg co-founder of the Quantum Fund, one of the most famous investors in the world Jim Rogers.

“When things are not getting cheaper, despite the bad news, it usually means the bottom of, and willingness to rebound. It is already a turning point, I don’t know yet, but I closely follow the development of events,” explained Rogers.

According to him, growth in oil prices may cause a reduction in production in the world and the United States.

“Some companies have stopped drilling, and oil production in the US is really declining. All this means that in the future will be reduced and the volume of deliveries,” stressed Rogers.

During today’s trading on the stock exchange ICE futures price for Brent oil for delivery in November 2015 ranging between $47 and $49 per barrel.

In June of 2015 in an interview with Jim Rogers highly appreciated prospects of the Russian economy and advised me to buy and not to sell rubles.

Earlier this week, the world Bank (WB) called the low oil prices one of the main factors that impeded the growth of the Russian economy. Under the baseline scenario, the world Bank, in 2015 and 2016 the average price of a barrel is $53 (previously it was thought that by the end of 2015 average price will be about $57 per barrel) and only in 2017 will rise to $55.

“Low oil prices also affected the status of other energy markets, especially natural gas markets in Europe and Asia. These associated effects will lead to additional negative consequences for Russian exports of energy resources”, — stated in the WB report.

At the end of September the head of Sberbank German Gref has warned that the price of oil could remain at $50-55 per barrel. in the last ten years.