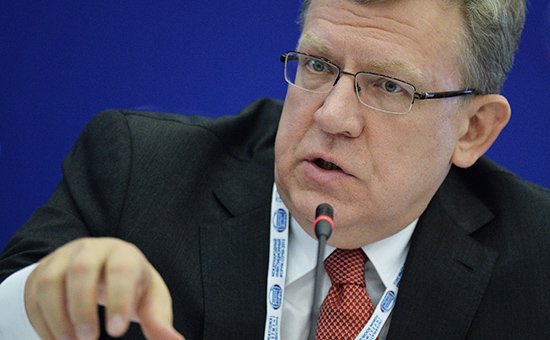 According to Kudrin, the decision to freeze pension savings mean that the budget will not be transferred to the accounts of citizens in the amount of about $5 billion, Interfax reported. Coupled with the decision on the withdrawal of 330 billion rubles from the oil industry it will reduce investment in the economy and push back the prospects for further growth.

Kudrin believes that the freezing of pension savings and the fact that $5 billion will not reach the citizens, will not count on this resource to the business. “This decision does not allow the business to understand how perspective will work in the market,” he said.

An alternative to the government’s decision, which Kudrin has called “a last resort”, the former head of the Ministry of Finance proposed the use of the funds of the national welfare Fund or the Reserve Fund.

Kudrin said that the difficult situation continues in all sectors of the economy, and a decline in real income growth unable to support growth. In this regard, he emphasized that the measures of incomplete compensation to pensioners of rising prices due to inflation must be accompanied by increased targeted support for those most in need. Former Vice-Premier believes that the indexation of pensions in 2016 in the amount of 4% will lead to the fact that the pensioners will receive full compensation of price growth. This can be avoided would be by raising the retirement age, however, the government, according to Kudrin, chose the lesser of two evils.

Ex-Finance Minister stressed that the government has taken on ambitious commitments that will be difficult to play in conditions of moderate oil prices.

Of the decision on freezing of pension savings by 2016 on the evening of 7 October, said the head of the Pension Fund Anton Drozdov. The Deputy Prime Minister Olga Golodets assured that all frozen accumulations will be incorporated into the insurance part of the pension.

As yesterday wrote about the debate in the government about the freeze of the cumulative part of the pension officials previously told anonymously. In late August, the social block of the government insisted on freezing the pension to be indexed in full pension insurance.

The Finance Ministry was categorically against frost and insisted on the need to maintain resource investment for economic growth. According to calculations of the Agency, in 2016 the amount of the cumulative pension will be about 350 billion rubles, which is equivalent to 5 percentage points of indexation of insurance pensions.

September 30, Vice-speaker of the state Duma Andrey Isaev said that the government has notified the heads of profile committees of the lower house of Parliament on extending the freeze of pension savings by 2016. According to Isayev, the decision to extend the moratorium had already been made.