The Russian foreign Minister Sergei Lavrov in an interview with Venezuelan state television said that Russia has no disappointments. He stressed that the country received for “Mistral” are not to be redundant. 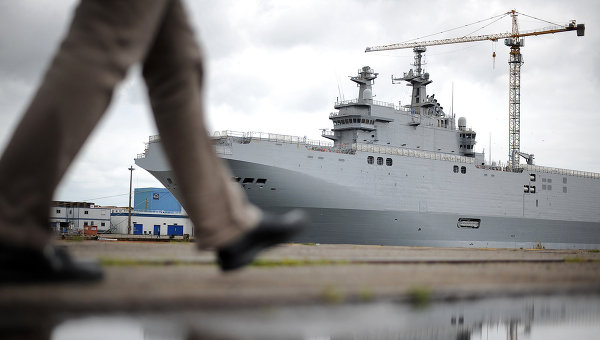 MOSCOW, 2 Oct. Russia is satisfied with how the situation was resolved with the “Mistral”, as compensation received “very good money”, “second thoughts here do not have”, said the head of Russian foreign Ministry Sergei Lavrov.

The contract for the supply of two helicopter carrier type “Mistral” worth 1.2 billion euros was signed between the French DCNS/STX and the “Rosoboronexport” in 2011. France was supposed to deliver the first ship “Vladivostok” in November last year, but because of the events in Ukraine and sanctions against Russia that never happened. In early August, Moscow and Paris took the decision on termination of the contract for construction and delivery of two ships-docks-type “Mistral”.

France after the return of the Russian equipment installed on the “Mistral” will be able to dispose of the helicopter. Earlier it was reported that French President Francois Hollande reached an agreement with its Egyptian counterpart Abdel Fattah al-Sisi under the terms of the sale of two destined for Russia’s helicopter carrier type “Mistral”.

“We are satisfied with how everything was resolved. No second thoughts here do not have”, — said Lavrov in an interview with Venezuelan state television.

“France has decided not to comply with their contractual obligations, citing the Ukrainian crisis. It looked strange, but in any case it is the decision of the French side. We said that we will not attempt to change this decision, to dissuade France from what it has announced. Asked for money back and the money we have received in full as for what we actually paid to French partners and for what we spent on the construction of some parts of these helicopter carriers at the shipyard and training of personnel”, — said Lavrov.

As stated by the Russian Minister, “we have no hard feelings, no disappointments: we got very good money, and they are not excess”. “That concerns us, the question is closed”, — said Lavrov.