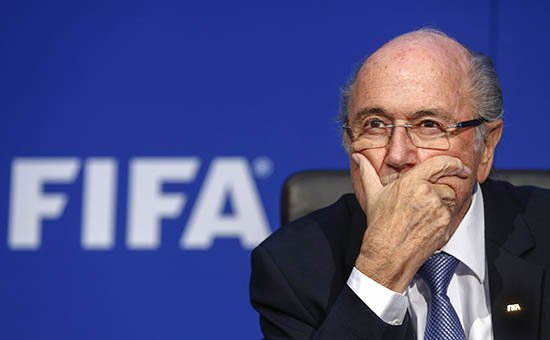 As informs the British TV channel Sky News with reference to the Advisor to Blatter Klaus Stalker, the FIFA President is suspended from work for a period of 90 days. It is submitted that the decision of the ethics Committee are merely waiting for the verdict of the Prosecutor’s office. No charges in it.

Last Friday, the Swiss Prosecutor’s office has reported that Blatter was involved in the case. The FIFA President is suspected that in 2011 he made an improper payment, moving the current head of UEFA Michel Platini 2 million Swiss francs for the work he performed from 1999 to 2002.

Also the consequence considers that in the implementation of the contract, which Blatter has signed with the Caribbean football Union in September 2005, he breached his duties and acted against the interests of the Federation headed by him.

Immediately after that, Coca-Cola and McDonald’s who are one of the major sponsors of FIFA, Blatter urged to immediately resign, saying that the President of the organization weakens the organization’s reputation.

Blatter himself has categorically rejected suspicions in his address and assured through his lawyer that he did not intend to leave his post before the FIFA Congress, which is scheduled for February 2016.

Earlier media reported that in connection with criminal cases from the work may be removed and the main rival of Blatter — the head of the European football Federation Michel Platini. The latter was not able to explain why in 2011 he received money for work done ten years earlier. In case of the suspension Platini has lost the ability to stand as a candidate in the February elections.