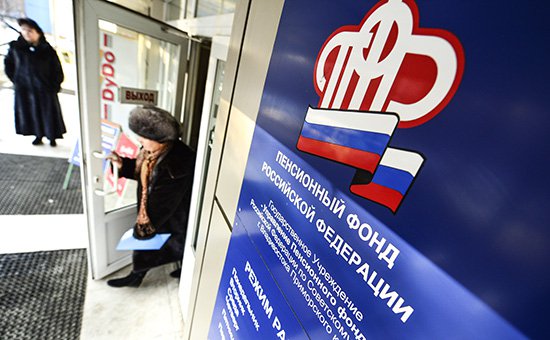 Another freezing of pension savings of citizens will cause damage to the Russian economy and lead to new losses of citizens, according to the NAPF letter addressed to the Russian Prime Minister. The Association has estimated that over the past two years, when the state was transferred to the accounts of the NPF funds of future retirees, tens of millions of people have suffered losses in the amount of approximately RUB 30 billion we are Talking about nearly 28 million Russians who chose to build their future pension non-state pension funds.

Information about what the government is discussing the next freezing of pension accumulation, appeared in the media in mid-July. Sources close to the government, reported that the proposal to freeze pensions received from the social unit, which is supervised by Deputy Prime Minister Olga Golodets. In early September she said that the government continues to discuss the fate of pension and the issue of indexation. According to her, the final decision will be made by the time of finalizing the budget.

Earlier the Vice-Premier said that the government is discussing the issue of freezing of pension savings in 2016 to use those funds for indexation of pensions in the new year in line with inflation. According to her, in order to carry out indexing, it would be enough 350 billion rubles, which can be removed from future pension savings.

Of ongoing government discussions about the fate of the funded pension on 22 September was also told the Finance Minister Anton Siluanov, who spoke against the freezing of pensions. “In the government there are different points of view on whether to freeze the pension savings. Social unit has one position, economic. But the country’s leadership will judge us” — quoted the words of the Minister Interfax. Siluanov said: “There is every reason to ensure that pension savings worked next year. This will not shift the burden of the pension system of the state and will bring income to the pensioners”.

September 22, Siluanov said that the issue of possible freezing of pension savings held at the President’s meeting on the preparation of the budget for 2016 was not discussed. “The decision will be taken later”, he said.

According to the former Minister of Finance, the head of Committee of civil initiatives Alexei Kudrin, freezing of pension savings in Russia in 2016 almost a foregone conclusion. “I understand that it is almost a foregone conclusion. This partially solve the problem… These 300 billion rubles are disposable, they do not create database”, — transfers its words of RIA Novosti.

A source in the government said that a decision on the fate of pension accumulations is considered in the framework of the layout of the budget for 2016. “The next budget Commission meeting scheduled for mid next week. At this point, we expect to resolve the issue of pensions,” he said.

The NAPF note that until 2013, when it was first made the decision to freeze pension savings, the government actively encouraged citizens to participate in the formation of funded pensions. Now the amount of savings in the Fund exceeds 1.7 trillion rubles, which is 2.4% of GDP. “Every year the accumulated amount is charged to income. A significant amount of pension savings is essential for each insured person, which increases the social importance of these funds,” says the NAPF.

In addition, as stated in the letter from the NAPF, this year the NPF has written to the real sector almost 200 billion rubles of pension savings. Including the construction of roads, sports facilities, power facilities, housing and utilities. “The freeze will not allow to continue these investments,” according to the Association.