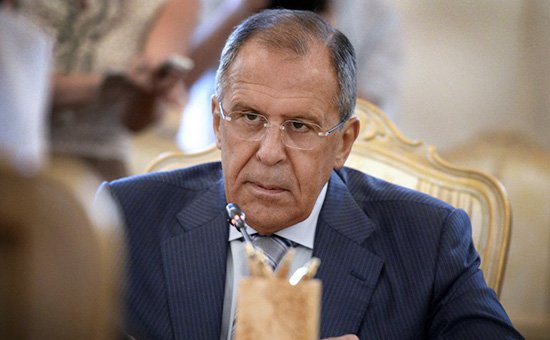 “Information about the alleged meetings of Sergey Lavrov with the head and spiritual leader of Iran and a discussion of the operations in Syria is not simply not true and is nonsense, Apparently, another information box stuffing”, — Zakharov quoted by RIA Novosti.

On the eve of the meeting of Lavrov and Khamenei told Reuters, citing a senior official in one of the countries of the middle East region participating in security matters. He told the news Agency that the decision on the joint Iranian-Russian military operation in Syria was adopted at the meeting of Lavrov with Khamenei “several months ago”. According to the official responsible for the Iranian part of the operation Khamenei appointed General Qasem Soleimani and then he travelled several times to Moscow to discuss the details.

Three high-ranking source in the region told the Agency that the trip Soleimani was preceded in Moscow Russian-the Iranian consultations at a high level, during which the parties came to political agreement on the need to intensify support for Assad.

About Soleimani visits to Moscow in August by the Western media, in particular Fox News and The Wall Street Journal. According to them, the visit of the Iranian General was held on 24 July, and the media linked it with discussion of lifting the arms embargo against Iran. Fox News said that Soleimani was reportedly met with President Vladimir Putin and the head of the defense Ministry Sergei Shoigu.

Moscow repeatedly denied the arrival of Soleimani. August 7, the press Secretary of the President of Russia Dmitry Peskov on a question, whether Putin met with the Iranian General who replied “no”. September 15, Peskov told reporters that do not have any information about Soleimani’s visit to Russia. The Russian Foreign Ministry reports about the arrival of Iranian General was surprising.

At the end of September, before the start of Russian military operations in Syria, The Wall Street Journal, citing officials in Washington said that officials of Russia and Iran held a series of high-level talks discussing the situation in Syria.

Iran has actively supported Syrian President Bashar al-Assad since the beginning of the civil war in Syria. Pro-Iranian group Hezbollah, based in Lebanon, has sent thousands of volunteers to help the Syrian army, which helped to stop the advance of the opposition and to prevent the capture of Damascus by Assad’s opponents.