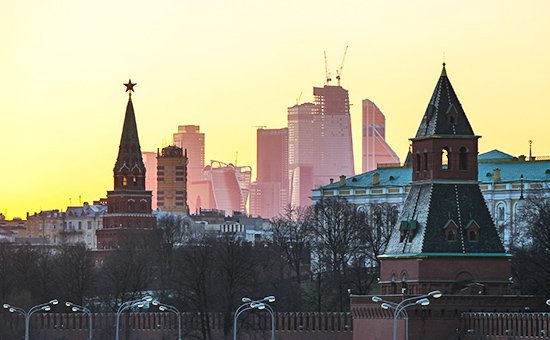 What will live Moscow

In 2016 compared to current budget revenues grow by 8% (in 2015 they were planned at $ 1,486 trillion rubles). In fact, the growth will not be as large: in fact, this year it is expected more income than planned, says an analyst of the Economic expert group Alexandra Suslina. “When we adopted the budget last year, everyone expected the crisis, and Moscow has budgeted very low income — they did not appreciate the scale of devaluation”, — she reminds.

The draft budget of Moscow this year was formed based on a conservative approach, it is stated in published materials to the project budget. The actual growth to expected performance revenues this year will amount to 2.2%, is celebrated there.

“The budget for next year promises to be extremely difficult. The deficit is expected to 48 billion rubles the amount seems quite small, but we will need to repay debts to the banks, accumulated up to 2011, 84 billion rubles, including in foreign currency €400 million”, — said at a meeting Tuesday the mayor of Moscow Sergey Sobyanin, quoted by the press service.

The main source of filling the budget and in 2016, and in the planning period will remain the tax to incomes of physical persons, follows from the materials circulated by city hall. Their share in tax revenue will grow 50% this year to 51% in the next, and in 2018 — to 53%.

Second most important will be the income tax, but the amount of his income, on the contrary, will be reduced next year to 32% of all tax revenues from 34% in 2015. The share of regional and local taxes will increase from 10% this year to 11% next. As stated at the meeting of the Moscow government, head of the Department of Finance Elena She, of all regional and local taxes is expected to 15 billion rubles of additional revenue.

These additional revenues due to the introduction of the sales tax and a gradual increase in the rate of property tax on commercial and office premises based on the cadastral value. In 2016 the rate will increase to 1.5% (currently 1.2 percent) in 2017 — already to 1.8% in 2018 will amount to 2%.

From the sales tax imposed from mid-2015, the Moscow government expects total income in the amount of up to 10 billion rubles for next year. “In this quarter [third quarter of 2015] proceeds of the sales tax are estimated at around 2-2,4 billion rubles, i.e. over the next year this amount could reach 8-10 billion, not taking into account those deductions, which of this money will be deducted from the profit tax and other taxes”, — said the representative of Department of economic policy of Moscow.

Additional income from increased rates of property tax for legal entities are expected to amount to slightly more than 1 billion in 2016.

The tax burden from next year will rise not only for business but also for ordinary citizens — Moscow passes on the tax to property of physical persons, based on the cadastral value of the property. As previously posted , the first payments will fall in the second half of 2016. The cadastral value of apartments in many cases were multiples higher inventory, which is the basis for taxes now.

The increasing burden on business runs counter to the promises the Federal government not to raise taxes, said the first Vice-President of “OPORA Russia” Vladislav Korochkin. “We are against it,” he said, noting that the public organization will continue the dialogue on this subject with the Moscow authorities. “The replenishment of the budget at any cost is fraught with unpredictable future, failure to ensure the same social obligations through a couple of years. It seems to us, it is necessary to look for reserves in other places,” he said.

How to change the costs

With 2016 in the Moscow budget the program “open government”, which, as noted in the press release, will provide comfortable conditions for the provision of services in a network of centers “My documents”. For this programme is allocated annually 8.9 bn during the entire three-year period.