The Prosecutor of the Crimea Natalia Polonskaya called the organizers of the food blockade of the Crimea “puppets in someone’s hands” trying to settle scores with the Crimea and to hurt Russia. 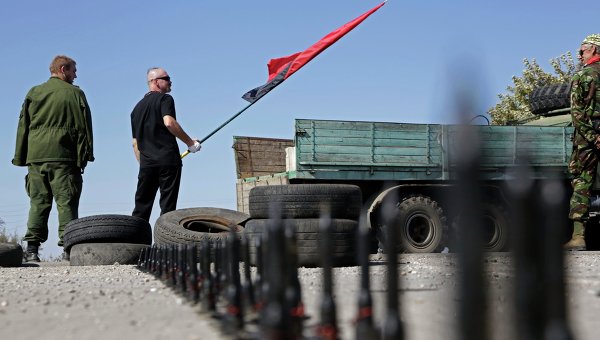 SIMFEROPOL, 25 Sep. A food blockade of the Crimea violates international norms and the interests of Western countries unfriendly towards Russia, said in an interview with the Prosecutor of the Crimea Natalia Polonskaya.

“The so-called blockade does not meet any international standards. But the instigators are not configured to build, they only destroy everything. They need to justify their existence. They act in the interests of overseas Western countries, are puppets in someone’s hands, trying to settle scores with the Crimea and to harm Russia”, — said Poklonsky.

According to her, plans to deliver to the blockade of the Crimea in vain inconvenience, threats to food security no products in the Republic of plenty, can not be said about the Ukrainian farmers that the loss of market incur large losses.

Thus, according to her, the Republic has created a special interdepartmental working group to prevent price surge for food.

“Prices will be monitored daily. If someone wants to earn a speculative way, overstating the value of goods, then nothing will happen. We will not allow to cash in on the situation”, — said the Prosecutor.

Poklonskaya told the initiators of the blockade of Ukrainian politicians Mustafa Dzhemilev, Refat Chubarov and She Islamova and their assistants and the “Right sector” to direct their energies in constructive ways.

“It would be better kindergarten somewhere restored, help orphans, homeless Yes disadvantaged. But it probably will not bring the coveted dividends and profits, as speculation around the Crimea”, — said the Prosecutor.