It is noted that the conversation of the Russian and American leaders lasted for about one and a half times more than planned. At the meeting they discussed the Syrian issues and other international issues, including the situation in Ukraine. 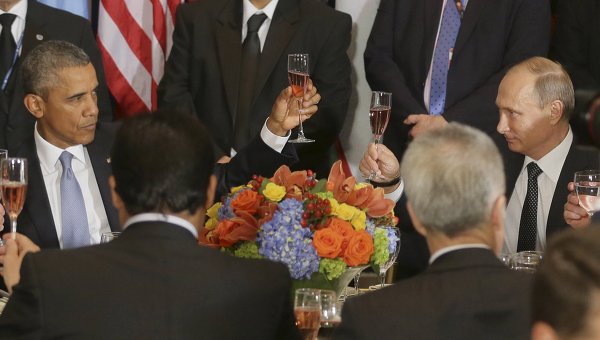 UN, 29 Sep. The presidents of Russia and USA Vladimir Putin and Barack Obama concluded on the sidelines of the UN General Assembly first in the last two years a bilateral meeting.

The meeting was held behind closed doors and lasted nearly two times longer than planned. She started at 17.05 and ended at 18.45 local time.

Earlier, the Kremlin and the White house said that in addition to the development of bilateral relations, the presidents will discuss the Syrian topic and other international issues, including the situation in Ukraine.