At a meeting of leaders “channel four” will discuss the situation in Donbas is the holding of elections, the withdrawal of troops and much more. Also, the Russian President will hold talks with Francois Hollande and Angela Merkel. 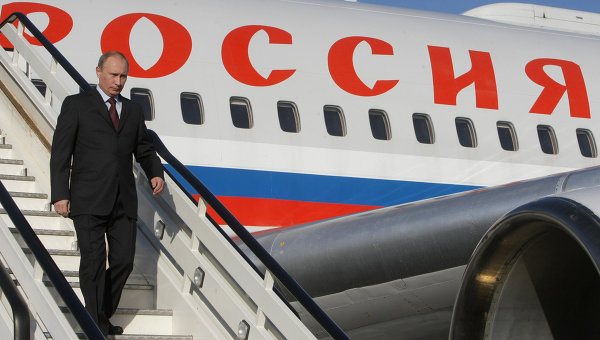 PARIS, 2 Oct. The President of Russia Vladimir Putin arrived in Paris on Friday held a meeting “Norman Quartet” (Russia, Ukraine, France and Germany) to resolve the situation in Ukraine.

Before the talks the leaders of Russia, France, Germany and Ukraine planned talks in a bilateral format with Putin, Francois Hollande and Angela Merkel.

On the eve of the Ukrainian side reported that allegedly received a request from the Russian Federation to the meeting with Petro Poroshenko. Later, the press Secretary of the Russian President Dmitry Peskov said that no such meeting in Putin’s schedule no.

On the agenda of the leaders of “Norman Quartet” — the issue of holding elections in the Donbass, the withdrawal of troops from the contact line, securing access of OSCE observers and more.

The previous meeting of the “Normandy four” summit was held in Minsk on February 12 — more precisely it began the day before, the 11th, but ended the next day. In total, the presidents discussed the Ukrainian issue 16 hours. The result of sleepless nights was an understanding, called “Minsk-2”.

According to the agreement, immediate and comprehensive ceasefire should begin at midnight on 15 February, the withdrawal of heavy weapons at a safe distance must begin no later than second day after ceasefire and to be completed within 14 days. The end of the year in Ukraine should be carried out constitutional reform. All Minsk the document includes 12 points.