Thus the Russian President noted the extensive legislative activity and many years of diligent work of the Chairman of the Committee on legislation of the legislative Assembly of St. Petersburg. 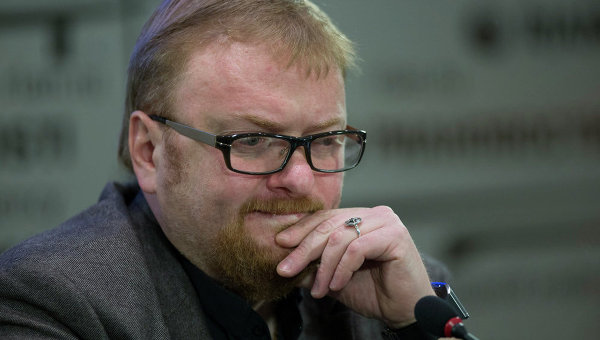 MOSCOW, 13 Sep. The President of Russia Vladimir Putin signed a decree awarding the Chairman of the Committee on legislation of the legislative Assembly of St. Petersburg Vitaly Milonov medal of the order “For merits before Fatherland” II degree, corresponding document published on the official Internet portal of legal information on Sunday.

“For active legislative work and many years of diligent work,” — said in the test of the decree.

The Deputy became widely known as the author of the St. Petersburg law on prohibiting propaganda of homosexuality. Now any citizen not in compliance with this law can be fined in St. Petersburg for administrative offence. In addition, the MP of the other activists was against the concert of Madonna in St. Petersburg, considering himself insulted by her statement in support of homosexuals.