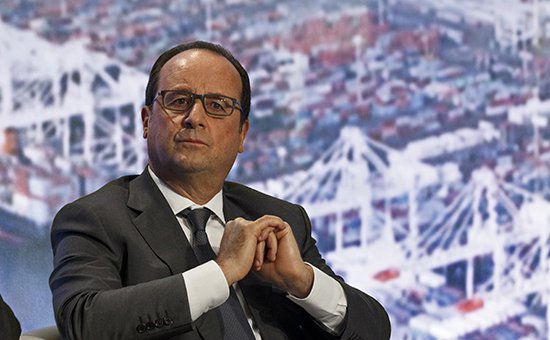 French President Francois Hollande suggested that the head of Russia Vladimir Putin to unite the efforts of the government army Bashar al-Assad and the Free Syrian army in the fight against militants of the “Islamic state” (banned in Russia organization). About Putin said during a meeting with the head of the defense Ministry of Russia Sergey Shoigu, a fragment of which was shown on the TV channel “Russia 24”.

“He [Hollande] said that the idea that one could try to combine the efforts of the army of the government forces of Bashar al-Assad and the so-called Free Syrian army. However, we do not yet know where it is and who leads. If it were possible to unite their efforts against ISIS, this would create preconditions for the subsequent settlement of the situation in Syria,” said Putin.

He asked the Ministry of defense to support these efforts in partner channels, and noted that the conflict “of this kind” must be terminated by a decision of political questions.

Sergei Shoigu, in turn, reported to Mr Putin that four ships of the Caspian flotilla was launched 26 cruise missiles on positions of the IG in Syria and hit all the targets.

On Tuesday, Prime Minister Ahmet Davutoglu said that only two of the 57 air strikes, which the Russian aircraft attacked the Syrian territory struck the goal of the IG. Other impacts, according to Davutoglu, were directed against the moderate Syrian opposition.

Representatives of the Syrian opposition called illogical proposal to merge the efforts of an army of Assad and the rebels.

Earlier, Syrian opposition groups including the Free Syrian army, urged countries in the region to form an Alliance to fight against “Russian-Iranian occupation of Syria”. The representative of one of the Syrian rebel factions Mustafa Maarati told The Washington Post that the Russian authorities “want to win the Free Syrian army, to show that the fight against Assad’s only the extremists”

The Russian aviation group began bombing is positions on September 30. On the first day of raids by the Western media and officials in the West began reporting that the strikes of Russian aviation accounted on the position of the Syrian opposition. In the Kremlin this information several times refuted.