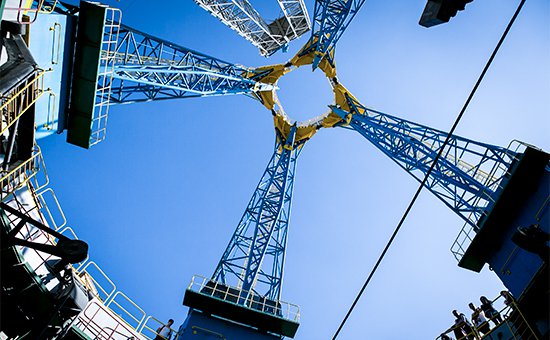 The visit of Vladimir Putin in the Amur region on Saturday is scheduled for 14 October, said a source close to the Kremlin and confirmed on condition of anonymity, two Federal officials. It is expected that the President will inspect the launch site and will hold a meeting on its development, says one of the interlocutors. This inspection visit, the President keeps the situation with the construction of the spaceport under the personal supervision, adds another official.

In a press-service of the President does not comment. In the office of the Vice Prime Minister Dmitry Rogozin, who oversees the construction of the Eastern, and the Russian Federal space Agency also refrain from commenting. The representative of Spetsstroy (Federal Agency, the sole contractor of works on construction of spaceport) suggested to address for comments to the presidential administration.

Start with the Eastern space rocket “Soyuz-2-1A” block of removal “Volga” and Russian satellites “Lomonosov” and “Stork-2D” was scheduled for December 25. Back in April of this year, Rogozin and head of Roscosmos Igor Komarov at the meeting with Putin confirmed that the launch will take place in December. But recently officials reported delays and difficulties in the construction of the cosmodrome.

A source in one of the contractors said that Putin is probably going to the spaceport to check the readiness of the facility and to take a decision on the delay in launching missiles. “Good, the run should be postponed to the next year — three or four months,” said a source . According to him, the spaceport is not yet carried out any tests — “not standalone (when each system is tested separately), nor comprehensive”. “There only is the electricity and the water, heat was not. To launch a rocket in those conditions is a pretty serious risk,” — said a top Manager.

The same says another interviewee, involved in the construction of the cosmodrome. “While inside the Assembly and test of complex construction work completed. The complex is not ready to import booster, no testing, not something that you run,” he complained.

To launch a missile in its current condition is simply dangerous, it would be better to postpone, confirmed the Federal official. According to him, this could be one of the topics of the meeting. A source in the Kremlin said that no decisions had so far not accepted.

In August, Interfax wrote citing a source in the rocket and space industry that the first launch from the Vostochny space centre can be moved from December 2015 to beginning of 2016, if we fail to tackle the backlog of construction schedule. He explained that, if some objects at the cosmodrome will not be ready, and check the operability of all systems fail to conduct, the launch will take.

The press service of TsENKI 1 October reported that the Assembly and test complex of launch site was not ready to work with the carrier rocket “Soyuz-2”. “Working with rocket MICK now in PH cannot be conducted because of the unwillingness of the complex. So, there are still disadvantages of construction and finishing works, commissioned ventilation systems, fire suppression, heat and water,” wrote Interfax with reference to the representative of TsENKI. 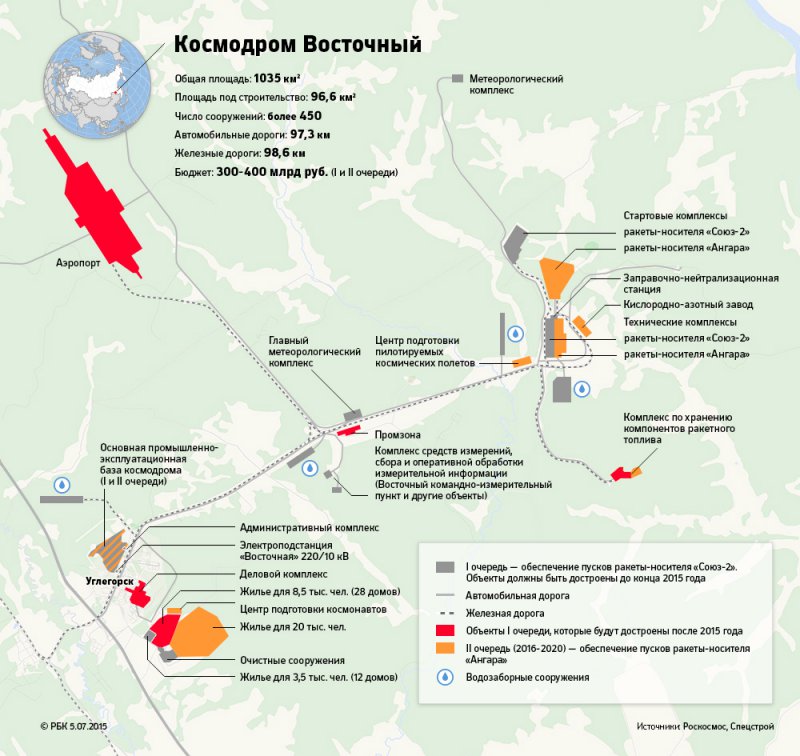 A secret decree on the creation of Vostochny, the first national cosmodrome for civilian purposes, was signed by Putin in November 2007. Construction began in 2011 and should be completed by 30 November 2015. The construction of the spaceport all this time went behind: project documentation was late for two years, after which the General contractor — “Dalspetsstroy” problems with the delivery of the works. With the end of 2014 the construction was accompanied by the strikes of workers that complained of unpaid wages. In respect of subcontractors “of Dalspetsstroy” several criminal cases, and in November 2013 the criminal case opened against former head of the General contractor Yuri Chrisman. In just a few months brought 20 criminal cases on embezzlement and abuse of office, and the defendants in the case were more than 220 officials.

To control the construction of the Eastern government has set up a special Commission headed by Rogozin. Putin took the object under his personal control in April 2015. At the meeting with the President, Rogozin said that the most difficult stage of construction of the cosmodrome is completed.

Mosquitoes in July noted that the project is behind schedule, but the Ministry hopes to eliminate it. According to him, Roscosmos provided and Contracting, and delivery on the East practically all the technical equipment.

In August at the launch site came Prime Minister Dmitry Medvedev. He stated that the lag is still there — two or three months. But the postponement of then of the question: the Prime Minister was urged to expedite the work and make all the time.

Starting at least the cosmodrome consists of 11 objects (including the starting and technical complex, measuring the complex, roads, housing, etc.), the cost for contract — to 110.7 billion rubles. the Total cost of the first phase of the spaceport is estimated at 161,3 billion rubles. 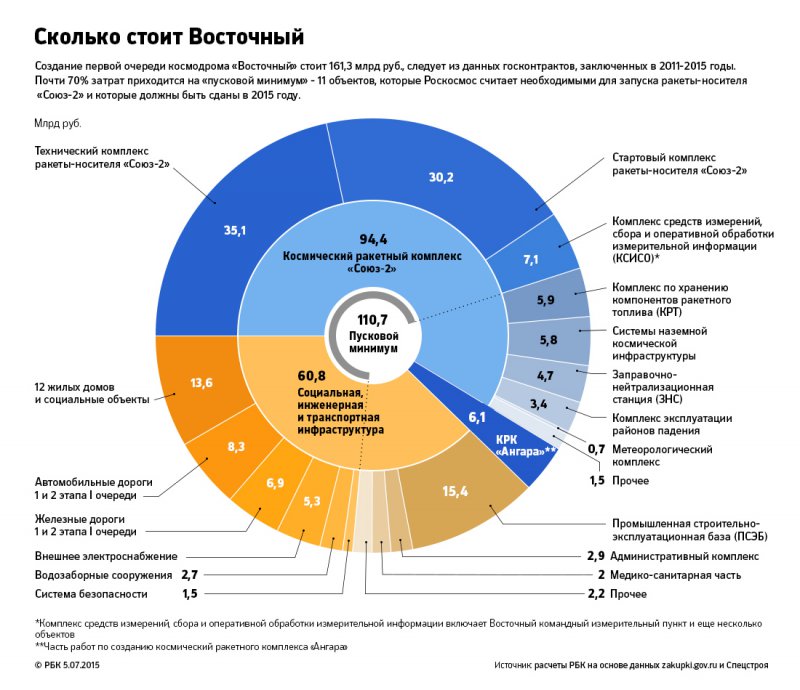 In early October, the Agency TASS reported with reference to anonymous source that the missile is not suitable in size to fit in the Assembly and testing complex. A source close to Roscosmos, has denied this information. According to him, the problems only exist because of the unwillingness of the cosmodrome because of Spetsstroy.

On Monday, the Fund of struggle against corruption Alexei Navalny has published its investigation into the causes of problems at the launch site. According to the Foundation, the construction of most objects was started without official project documentation that passed the state examination. In the process of construction documentation was altered, and contracts for its development wore a fictitious character. In FBK argue that the period of performance of certain public contracts was only three days. The violations resulted in delays of delivery of objects and may affect the quality and safety of constructed facilities, is considered a corruption fighter.

The scandal from-for failure of terms of construction occurred in 2013. President Putin inspected the progress of construction of Olympic facilities in Sochi and found out that the ski jumping complex will be commissioned with a two-year delay. Responsible for the failure was named Vice-President of the Olympic Committee of Russia Ahmed Bilalov. A few weeks later he resigned, left the other posts and left the country.

Putin made several visits East. For example, in 2013, cosmonautics Day (April 12) he was coming out of the relationship with ISS and congratulated the astronauts on their professional holiday.