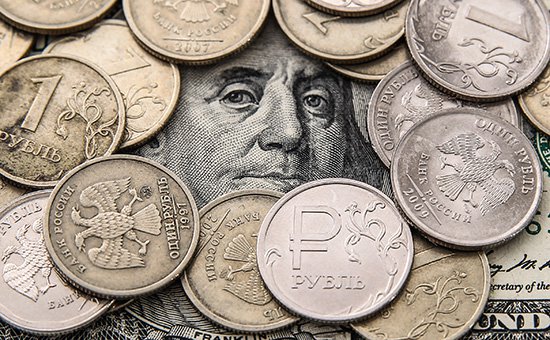 The Ministry’s initiative to place Federal loan bonds denominated in dollars, may not be successful, given the fact that only the population in Bank accounts is over $92 billion, according to a review of Raiffeisenbank, the analysts break away, Denis and Irina Elizarovskiy. Profitability of foreign currency deposits offered by major banks, does not exceed 2-2,5% per annum, the yield of Eurobonds looks more attractive. For example, five-year Eurobonds of the Ministry of Finance are now trading with a yield of 3-3. 5% per annum.

“If the Finance Ministry decides to attract quite a significant amount of currency, in the range of $4-5 billion, it will have an impact on the liquidity of the banking system and may lead to shortage of currency,” said Poryvai . He does not exclude the negative impact on the ruble exchange rate, if, for example, at the time of the auction the Ministry of Finance on placement of foreign currency bonds will decrease oil prices. “In this case, the ruble can support exporters, although it is difficult to say at what rate they will sell dollars and euros,” said Poryvai.

That the Ministry of Finance is studying the possibility of placing on the domestic market of bonds denominated in U.S. dollars, reported Interfax referring to sources in Bank circles. Most likely, the first tranche of the bonds will be medium — term maturity can be 8-10 years, reports the Agency. The interlocutor familiar with plans of the Ministry of Finance, said that the idea is still under discussion, the specific term placement of foreign currency bonds and issue volume yet. Interfax writes that the Agency may issue these bonds in 2016. “The factor of the ruble against the dollar is not decisive, since we are talking about long-term borrowing. What will be the exchange rate, impossible to predict,” he added .

“I don’t think the placement of the exchange bonds will lead to a shortage of dollars. The banks have accumulated sufficient foreign currency liquidity, plus since the beginning of the year increased foreign currency deposits of citizens”, — says the analyst of PSB Alexey Egorov. He recalled that both the Central Bank and the Finance Ministry periodically conduct auctions for the provision of foreign exchange liquidity for the banking sector. Analyst “Discovery broker” Andrei Kochetkov believes that by issuing foreign currency bonds, the MOF will not put pressure on the ruble. “Most likely, he would be guided by the current exchange rate of the ruble, remaining in a sort of currency corridor. While strengthening of the ruble, the Finance Ministry will attract liquidity, but if the dollar starts to rise, the Department, on the contrary, will begin to sell the currency,” he explains.

Egorov believes that the exchange bonds will be in demand by banks. “New placements of bonds in the currency, old issues gradually extinguished, therefore, the market shortage of such securities,” he says. According to the analyst, the banks will continue to buy such securities, if the interest rate is slightly higher than the cost of refinancing by the Central Bank. Now rate borrowings currency for a month at REPO auctions is 2.2% per annum. It also does not exclude that the exchange bonds will buy and citizens, who since the crisis began in the accounts had accumulated a lot of currency.

Denis Poryvai draws attention to the fact that information about the plans of the Ministry of Finance to issue currency bonds appeared after the news of the intent to expand the ability of citizens to buy OFZs. Last week it became known that the Ministry of Finance prepares a bill. According to the press service of the Ministry of Finance, the special debt instruments to the public. “It should be a tool with a special order of placement and circulation, given that citizens are not professional participants of the financial markets, nor qualified investors”, — said the official representative of the Ministry. “These messages indicate that currently the Agency is actively seeking sources of funds to balance the budget. Along with the deficiency discussed the question of increasing the tax burden on the export sector,” writes in his review analyst.

Egorov from PSB says that the Finance Ministry may direct the currency raised through placement of bonds, to the payment of external debts, or to replenish foreign exchange reserves. “Most likely, the currency required for debt refinancing of state-owned companies, for which Western markets are closed”, — said Andrei Kochetkov.

This year the Finance Ministry will have to take on the domestic market of 800 billion rubles, in the next volume of borrowing could rise to 1.1 trillion roubles. “taking into account the latest auction of Finance, where the office was able to attract 15 billion rubles in bonds with a floating rate, the end of the year he needs to take another 255 billion roubles. there are only 13 auctions,” according analyst of ROSBANK Alexander Sychev. According to him, to draw this amount on the market will be difficult.