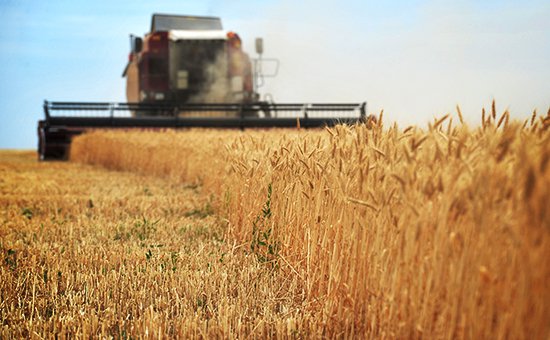 Shares of JSC “Group “Razguliay” on the Moscow exchange rose in price by more than 12%. The maximum value of securities reached 14,58 rubles, which is 12.76% more than the closing level yesterday.

Earlier today the group of companies “Rusagro” has declared that has offered VEB to buy the debt of “Razgulyai”.

“As a first step to implement the program of financial rehabilitation of JSC “Group “Razguliay” GK “Rusagro” has submitted for consideration by Vnesheconombank in the offer to purchase the company’s debt, the validity of which is three weeks, and produced within the framework of the proposal of partial repayment of the debt of the enterprises of PJSC”, — stated in the message “Rusagro”.

In “Rusagro” has expressed its interest in acquiring part of the assets of “Razgulyai” or their joint development and create “favorable conditions for further investment.”

The paper Rusagro during today’s trading on the London stock exchange goes down in value. At a minimum the cost of GDR of the company (five receipts equal one ordinary share “Rusagro”) decreased to $8,21, which is 2,84% below level of closing of previous trading day. On the Moscow stock exchange cost GDR “Rusagro” has decreased today to 530 rubles, which is 4.5% lower than yesterday’s close.

In the message “Razgulyai” it was noted that within the next three months the new composition of the management Board plans to develop a strategy for further development of the company taking into account the “significant experience of the group of companies “Rusagro” in the management of large agricultural projects and the availability of company resources needed to implement our plans”.

According to sources the newspaper “Kommersant”, business OJSC Razgulay group can be divided between its major shareholder Fund AVG Capital Partners and “Rusagro” in the framework created by the joint venture partners. In this case, Rusagro will get sugar assets “Razgulyai” in return for the obligation to pay the debt to the Bank. According to the data from the site of the agricultural holding, the company controls about 10% of the sugar market of Russia.

According to sources of Kommersant, close to the government, from the participants of the JV to the Cabinet of Ministers and sent to the web application with the assessment of the debt and assets “Razgulyai” belonging to the state Bank, in the amount of 13.9 billion rubles.

The final decision on the restructuring of the debt “Razgulyai” in front of the VEB can be taken on Thursday at the Bank’s Supervisory Board.