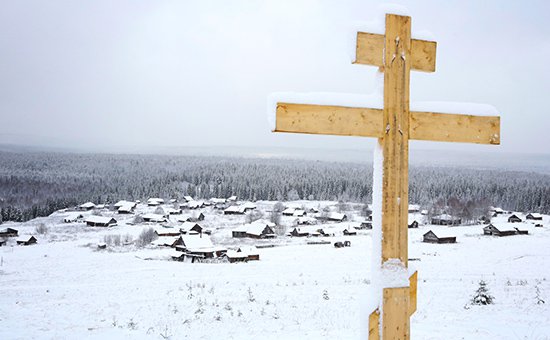 Russia was 48th out of 80 countries in quality of death, compiled by the Economist Intelligence Unit (EIU). The quality index of death, for “the good life until the very end” — for Russia stood at 37.2 out of 100. The leader of the rating, the UK, almost 94 points.

Quality of death EIU understands the conditions for “the good life until the end”: in many respects this indicator is associated with the development of palliative medicine. By definition of the world health organization, palliative care is associated with improved quality of life, early detection of diseases and prevention of physiological and psychological suffering of patients with terminal and chronic diagnoses.

Neighbours of Russia in the rating — Turkey and Peru. In the post-Soviet space is the result worse than in Russia showed Kazakhstan and Ukraine, and among EU countries — Slovakia, Greece, Romania and Bulgaria.

When calculating the index were taken into account 20 indicators in five categories, which were assigned different weights: palliative medicine and public health (20%), human resources (20%), accessibility of care (20%), quality of care (30%) and community engagement, including volunteers and families (10%).

The quality of death in Russia

In palliative medicine and health care, Russia was on the 40th line, human resources and quality of care — on 55-m a place, on the 42nd place on the availability of assistance and at 45-m — on involvement of the community.

Russia, along with Canada, Portugal, Denmark, India and a number of others, belongs to the category of countries where, according to the EIU, there is a national strategy for the development of palliative care, but it has no explicit targets and is Advisory in nature, the regions are not obliged strictly to follow it. In Russia presents the programme of government subsidies access to palliative medicine with clear criteria, however, to obtain financing is not easy, and the effectiveness of programs is not tracked, write the experts. Another problem is the low level of awareness on issues of palliative medicine, including due to the lack of information on state portals.

Analgesics based on opioids in Russia is available only in a limited number of cases, and this is a fundamental tool of palliative care in the EIU index, accounting for 9% of the “weight”. According to the authors of the rating, the fight against abuse of such substances, on the one hand, have significantly restricted access to them, and with another — has led to the fact that in many countries there is a shortage of medical personnel, trained in the administering of such medicines.

The index of quality of death for the UK, the leader of a rating equal to 93,9. Australia and New Zealand, respectively occupying second and third places, it amounted to 91.6 and 87.6. This is followed by Ireland (85,8) and Belgium (84,5). In General, a large part of the top of the rankings presented by rich European countries, plus Taiwan (sixth place), the U.S. (ninth) and Canada (11th).

Although the authors note that the methodology of index calculation in the new report have changed in comparison with 2010 — it is impossible strictly to compare the two studies, the three leaders remained unchanged.

The top 20 included four Asian countries: in addition to Taiwan, this Singapore (12th), Japan (14th) and South Korea (18th). For these States, according to the authors, the key role plays the involvement of the government in solving the problem. For example, Japan launched a new programme for the control of cancer, which is characterized by great attention to palliative care from the first stages of the disease and the inclusion of palliative medicine in the national budget. Singapore has also recently developed a national strategy for palliative care.

In addition to the countries which are characterized by a high level of government support for palliative medicine, are allocated to poorer countries with less developed health care system. For example, in Mongolia (27th place) development of a system of palliative medicine is largely due to the personality of a local doctor: Odontuya Davaasuren helps to build this system, advocating for change in the regulation of appointments of generic opioids (sold under international nonproprietary name), teaching specialists in palliative medicine, working on the inclusion of relevant disciplines in educational programs for doctors, medical personnel and social workers.

Significant was the variation in the results of the BRICS countries. China and India, from whom one would expect good performance against the background of their rapid growth, was only in the 71st and 67th positions in the ranking. South Africa thus settled on the 34-th row, Brazil — on the 42nd.

The level of development of palliative care is associated with income per capita, it follows from the EIU. However, not all countries with high per capita income have shown good results: for example, Greece (56th) and Russia was at the end of the list of such countries, faced with economic problems. The researchers also found a high correlation between the summary index and health care costs.

In the final part of the work of the EIU experts also studied, as in the countries included in the study, is the case with the demand for palliative care (low or high demand) and offer relevant services (insufficient or sufficient provision of services). Russia joined the group with low demand and low level of provision of palliative care, but on the parameter demand was very close to the cutoff level, after which it is already considered high.