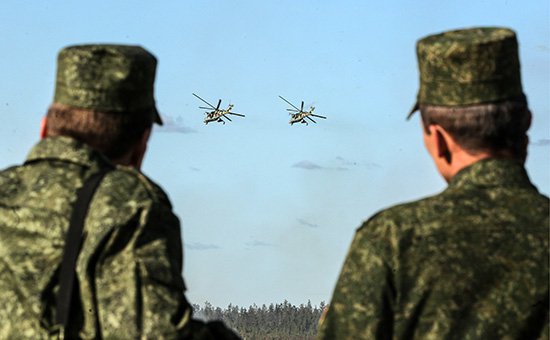 Russia will strengthen the 201st military base in Tajikistan combat helicopters. The base will be airlifted shock Mi-24P and combat-transport Mi-8MTV, said the official representative of the Central military district Yaroslav Roshchupkin, reports TASS.

The air group will be based at the airfield Ayni in Hisor district, Tajikistan — 30 km West of Dushanbe. How many helicopters will be deployed and over what time, Roshchupkin said.

Combat helicopters will be engaged in the carriage of goods, to cover troop columns and drop the tactical Marines, and also to put minefields, evacuate the sick and wounded, conduct air-engineering reconnaissance of the terrain.

201-I the Russian military base of Land forces in Tajikistan was formed in 2004. Agreement establishing the tenure of the base, were ratified in 2013. It is assumed that the 201st base will be in the region until at least 2042.

Yesterday during the meeting with Russian President Vladimir Putin, Tajik leader Emomali Rahmon has raised the issue of security in the area of Organization of collective security Treaty. He spoke about the difficult situation on the Tajik-Afghan border.

“The situation, the situation in Afghanistan is deteriorating day by day. Virtually fighting is going on along more than 60% of the border, opposite the Tajik side, adjacent countries. We are very concerned, so would like today during our meeting to discuss issues of ensuring security in the region”, — said Rahmon.

However, any agreements on increasing the presence of armed forces of Russia in Tajikistan the presidents of the two countries following the meeting has not been reached, said Wednesday the press-Secretary of the President of Russia Dmitry Peskov. “At present, the Russian presence in Tajikistan in accordance with international law and bilateral agreements aims to ensure the stability and security in this really tense region”, — quoted Peskov TASS. According to him, Putin and Rahmon agreed that what is happening in Afghanistan “is of concern”.