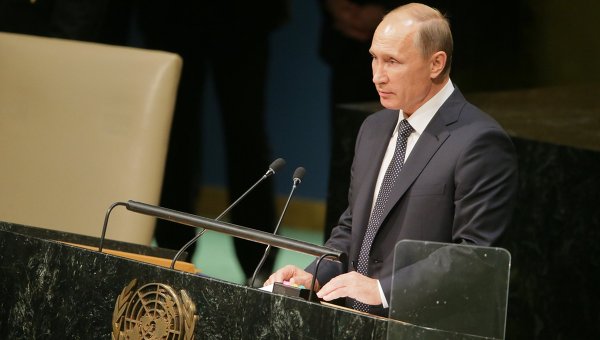 UN, 29 Sep. Russian President Vladimir Putin called constructive speeches of the leaders at the UN General Assembly. According to him, issues were raised in a timely manner.

“Speaking of leaders, what was able to listen to, I think it was very constructive, concerns have been raised in a timely manner and quite frankly and deeply, I was wondering. I think that such events are very useful for current world politics,” — Putin said after a meeting with his American counterpart Barack Obama.