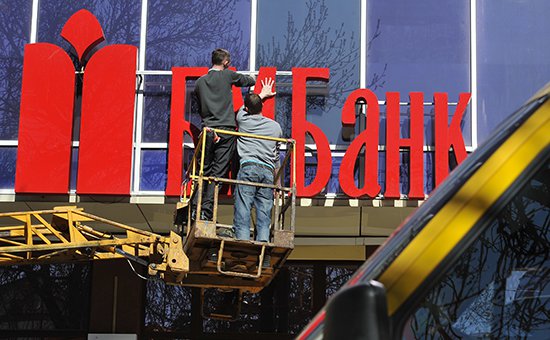 After the entry into force of a new package of anti-Russian sanctions of the national Bank of Ukraine (NBU) has blocked the recapitalization of BM Bank (Kyiv subsidiary of the Bank of Moscow) and the possible transaction with his shares, told journalists senior Vice President of VTB (controls 96,88% stake in Bank of Moscow) Mikhail Yakunin.

“We as shareholders can provide capital, can not make some kind of deal. Now the Bank works, but all the consequences of such decisions, which inevitably will come, lie on the Ukrainian side,” — said Yakunin (Interfax quote).

According to him, by the time of the imposition of sanctions, VTB group was negotiating with potential buyers of the BM of the Bank and imposed on the Bank restriction began to guide “a complete surprise”. “They are absolutely not justified”, — said Yakunin (quoted by TASS).

16 September 2015 the President of Ukraine Petro Poroshenko has signed a decree on the introduction of a new package of sanctions against Russia. Included in the black list of the Bank of Moscow that owns 99,9595% stake in BM Bank was accused that its activities threatened national interests, security and territorial integrity of Ukraine, hinders economic development, promotes terrorists and violate the rights and freedoms of Ukrainians. In this regard, the decree ordered to freeze the assets of the Bank of Moscow, and to suspend the execution of all economic and financial obligations. In particular, a ban were transactions with securities of the Bank of Moscow, issue him loans and guarantees.

The decision of the NBU on 2 October 2015, all credit organizations of Ukraine are obliged to enact sanctions against 105 388 legal and physical persons who previously were in the sanctions lists.

However, the Ukrainian “daughter” of the Bank of Moscow, BM Bank, now, according to Yakunin, works in a regular mode, has the ability to perform all types of transactions and to fully carry out obligations to clients and counterparties.

However, the ban NBU has provided the Bank of Moscow to complete the process of recapitalization of the Bank of BM, during which his capital was planned to increase by 1,389 billion hryvnia (about $65,6 million).

To make a prediction about the future of BM Bank Yakunin difficult. “As long as the Bank complies with all the regulations. How will the events develop, it’s hard for me to predict,” he said.