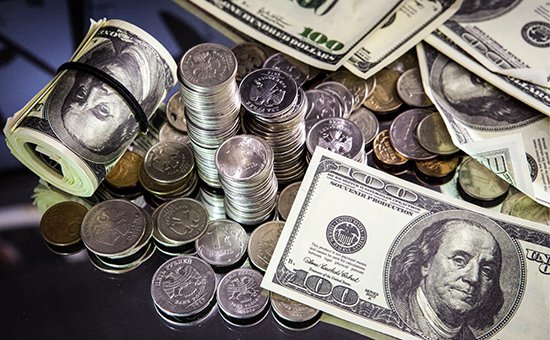 According to analysts Sberbank CIB Tom Levinson, Vladimir Pantyushin and Iskander Abdullaev, the last time the dollar traded in the range of 66-67 RUB Volatility pair dollar/ruble in October fell compared with the mid-September more than doubled. “This stability at near record value since, as in the fourth quarter of 2014 the regulator has let the ruble float freely,” — said in their review.

The stability of the Russian ruble is provided by oil prices which from the beginning of September varies in the range of $47-49 per barrel. On Monday, October 5, the price of Brent crude rose by 1.14% to $48,77. The growth of oil prices contributed to a message appeared yesterday on the reduction in the number of drilling rigs in the United States.

However, according to Sberbank CIB, it is too early to clearly say that the pair dollar/ruble will remain stable. “Bidders note that on the chart USD/USD since July has clearly formed a “triangle”, and there is a possibility of a sharp breakthrough — most likely upwards,” write the authors of the report.

According to the head of trading on the foreign exchange market BCS Alexander Mulberger, in recent weeks, volatility in the pair dollar/ruble is a maximum of 1,5 rbl. “the technical Analysis shows that there is a probability of strong movements of the dollar, of about five rubles. News now contradictory, so the ruble may go down and be strengthened,” he said.

Earlier in the week, however, promises to be quiet, so while the bulls of the dollar we must have patience, as the review of Sberbank CIB.

The ruble since mid-September relatively stable, largely due to oil prices, said analyst Nordea Bank Dmitry Savchenko. According to him, the basic statistics of last week on the US labor market has reduced the likelihood of raising the key fed rate, which can be considered a cautiously positive, including for the ruble.