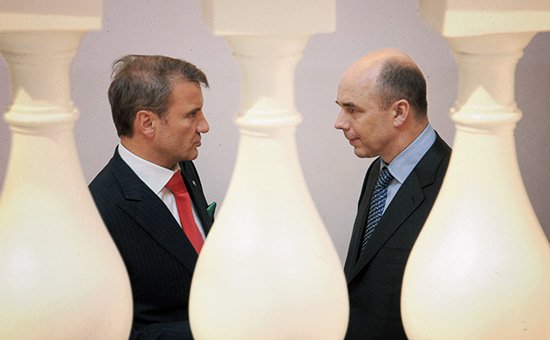 Between the head of Sberbank German Gref and Finance Minister Anton Siluanov during a business Breakfast at the international investment forum “Sochi-2015” there is a controversy over the taxation of the oil industry, the correspondent . According to Gref, the oil industry should be taxed accurately, without removing from the oilers “last coat” and Siluanov believes that they need to “skim the cream”.

“The oil industry is what feeds all of us, so we need to very careful and still try very carefully to levy, taxes including. God forbid, it will not sustain”, — explained the head of Sberbank.

“In my opinion, we don’t have a lot of growing points, where it is possible to diversify our economy. Oil and gas is the major growth points that allow us to diversify the economy. And we need to help the oil not to shear the wool, and maybe to push them in oil and gas chemistry, to refining,” added Gref (quoted by TASS).

Siluanov disagreed with him. “We only remove the cream, which they received from that has changed the ruble. We are absolutely the right sentence under consideration in the government on the additional redistribution of margin in the economy,” he said.

Earlier, the Finance Ministry has proposed changing the calculation of the mineral extraction tax rate on oil that, in his opinion, would in 2016 increase in the fees budget for 609 billion rubles and 1 trillion rubles in 2017 or 2018. The proposal met resistance from the oil industry. Finally, on September 28 at a meeting with Prime Minister Dmitry Medvedev it was decided to abandon the idea of amending the mineral extraction tax for oil companies.

Following the meeting, economy Minister Alexei Ulyukayev told reporters that now primarily discussing export duty on oil. A source in the Finance Ministry said then that the financial-economic bloc of the government, the issue on additional taxation of export income, which will increase tax revenues from exporters at 1 trillion rubles next year, compared with the current year.

According to him, suggestions for additional charges along with the budget should be prepared until 8 October, and he said that they will affect not only oil and gas.