A source in the Russian delegation reported that this will be the third meeting between Russia’s foreign Minister Sergei Lavrov and U.S. Secretary of state John Kerry. 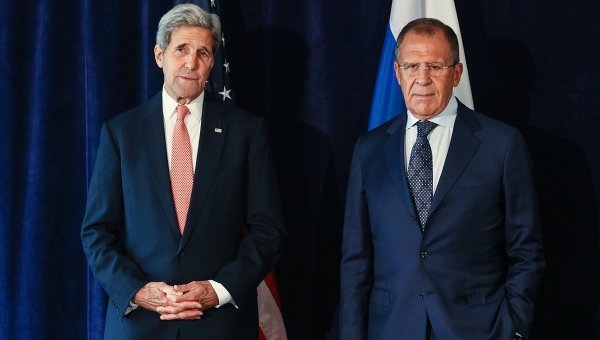 UN, 30 Sep. Next, the third in recent days the meeting of the head of Russian foreign Ministry Sergei Lavrov and U.S. Secretary of state John Kerry will take place on Wednesday, 30 September, on the sidelines of the UN General Assembly in new York, said a source in the Russian delegation.

“The meeting between Lavrov and Kerry is scheduled for September 30. This will be the third meeting on the sidelines of the UN General Assembly”,- said the Agency interlocutor.

Earlier about new upcoming consultations with his Russian counterpart said the US Secretary of state on the sidelines of the headquarters of the United Nations. While Kerry did not specify exactly when and in what format they will pass.

According to the U.S. state Department, the meeting between the two heads of diplomatic missions will be held at 14.30 local time (21.30 GMT) in the headquarters of the United Nations. In addition, it is reported that in the morning Kerry “will take part in the meeting on international peace, security and counter-terrorism, held by the Minister of foreign Affairs of the Russian Federation”. This meeting will also be held at the United Nations.

Lavrov and Kerry already twice held in new York talks, which discussed common efforts on counter-terrorism in Syria and Iraq, as well as the situation in Ukraine.