The deputies made a similar proposal to support vulnerable layers of population, which in conditions of difficult economic situation, receive additional stress. 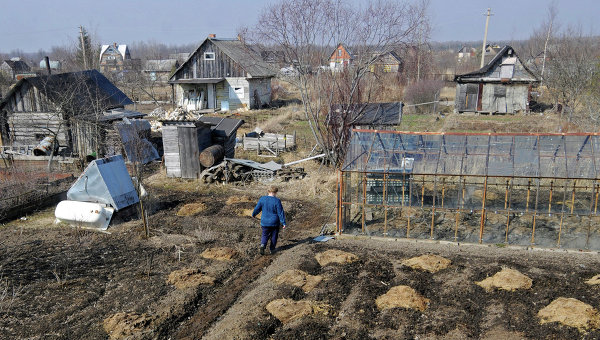 MOSCOW, 22 sen. Deputies of the state Duma from “Fair Russia” has prepared a bill exempting from payment of the land tax suburban area or part of a section area of not more than eight acres, it follows from the text of the draft law, which is available.

Currently, the document prepared by the head of fraction Sergey Mironov, deputies Nikolai Levichev, Oleg Nilov, Mikhail Emelianov, Andrei Tumanov, to the opinion of the government. Under the bill, changes to article 389 of the Tax code of the Russian Federation.

As noted in the explanatory Memorandum, the initiative is aimed at taxpayers who have small plots. “In the current economic conditions for considerable part of the population possession of such areas is the only way to relax as well as to afford basic agricultural products”, — say the authors of the bill.

They point out that in recent years the cost of tax on property of physical persons, which is determined based on the cadastral value of the property, increased by orders of magnitude. According to them, the cadastral value of land parcels is constantly increasing, there are numerous inaccuracies of the responsible authorities in establishing cadastral cost of land plots, many of which have been challenged or questioned in the courts of various instances and will reach the difference is 5-6 times higher than the market value.

In addition, according to the deputies, it is necessary to keep small business in a tough economy.

It is therefore proposed to exclude from the list of objects subject to land tax, the part of the land or land area of up to 800 square meters, inclusive. If the taxpayer several plots of land, we will not only be taxed one suburban area or part size up to 8 acres.

Nilov notes that the bill has been prepared to support the most vulnerable, which today is unacceptable to impose an additional burden.

A public discussion document will be held in the framework of the forum gardeners and farmers of the Northwest district, which “Fair Russia” will hold on September 22 in St. Petersburg.