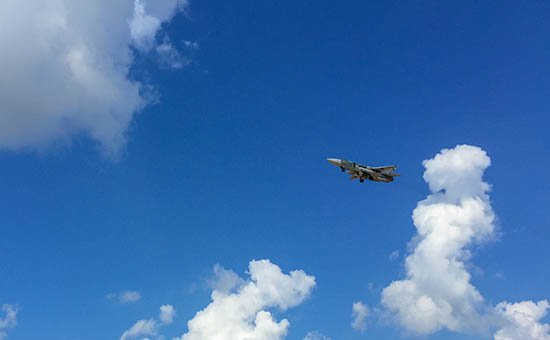 At least once in the last six days the aircraft the US-led coalition to combat “Islamic state” in Syria had to change course to avoid collision with Russian aircraft. This was stated by Pentagon spokesman captain Jeff Davis, Reuters reports.

“At least once we had to change the course of the plane to make sure there is no threat of collision,” said Davis.

He recalled that during a video conference between American and Russian military October 1, the main agreement was to preserve the safety of aircraft crews when conducting concurrent air operations in Syria.

On the eve of the commander of U.S. air force Lieutenant-General Charles brown reported the close contact of the US air force with Russian aircraft since the start of the operation of Russia in Syria. According to brown, the Russian aircraft approached American aviation 20 miles, which allowed the American pilots to see on their onboard radars.

After that the Deputy head of the Ministry of defense of Russia Anatoly Antonov said that the defense Ministry of Russia and the U.S. working paper on interaction in aviation operations against “Islamic state” (declared a terrorist organization and banned in Russia) in Syria.

“The Americans gave us the document that we’re working on. I want to say that in the General staff this document has received the support, we are working on it”, — said Antonov.

At the same time, an unnamed U.S. official told Reuters that Russia announced its readiness to resume consultations with the US regarding the use of aviation. The Pentagon chief Ashton Carter also argued for the early holding of the second round of consultations on the prevention of possible conflicts between Russia and the U.S. in the skies over Syria.

On 7 October, the official representative of the Ministry of defense of Russia Igor Konashenkov said that the Russian defense Ministry has considered a proposal by the Pentagon about the coordination of joint actions in the fight against is militants in Syria. In the Agency assumed that these proposals can be accepted by Moscow.

Russia began to carry out air strikes on positions “Islamic state” in Syria on September 30. At the same time in Syria since last year, operates aircraft of the coalition countries against ISIS led by the United States.