The Deputy Minister of industrial policy of Crimea Konstantin Ravich said that Crimeans should not fear food blockade of Ukraine. 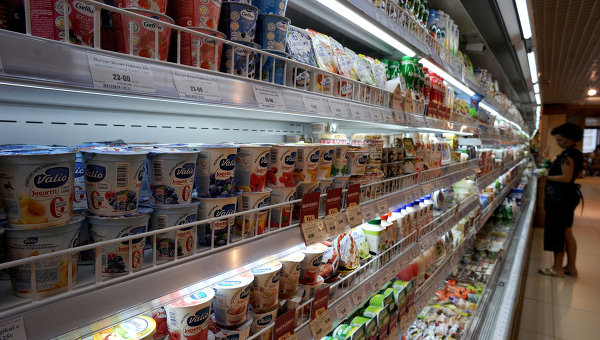 SIMFEROPOL, 11 Sep. The Crimea almost stopped the supply of Ukrainian products, as evidenced by the assortment on store shelves, said first Deputy Minister of industrial policy of Crimea Konstantin Ravich.

“I believe that the fear of food blockades is absolutely not worth it. Residents and guests of Crimea go shopping and see the range of products on the shelves that Crimea is already by and large have virtually given up on products supplied from Ukraine,” said ravitch in the ether of the Crimean radio station “Russia today”.

According to him, this applies to vegetables, meat and dairy products.

Speaking of the food blockade of the Crimea, according to first Deputy Minister, Ukrainian policy eventually undermine confidence in Ukraine’s reliability as a business partner with whom you can have a mutually beneficial business relationship.

“They themselves cut the branch on which we sit, losing in the form of the Crimea as a promising market, because in Europe Ukrainian goods and products do not wait. After such statements our distribution and trading company, may refuse from Ukrainian products, because dealing with such an unpredictable partner like Ukraine, is just fraught, including financially”, said ravitch.

The first Deputy Minister assured that the price situation in the Republic under control, the constant monitoring, the shortage of food was not even in peak holiday season.

In turn the General Director of the Crimean food companies Mikhail Kurkov said that today the main supply of food and goods go from the Krasnodar territory and the Rostov region, does not stand still and Crimean companies that expand their production including agricultural products.

Kurkov said that the capacity of the Kerch ferry will be enough to provide the Crimeans with all necessary.

“Force majeure may only be during the storms, three to five days, but Crimea provided food for the month ahead. Today many of the warehouses, including our own, that food there”, — said the CEO.