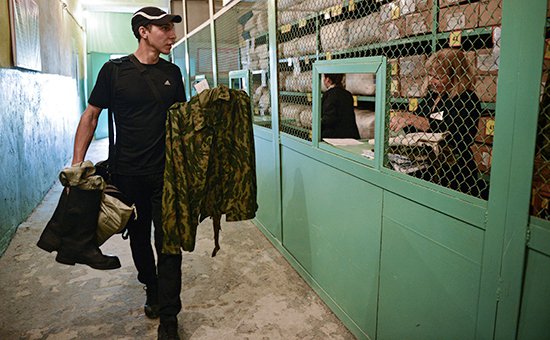 The Ministry of defence published on Monday to discuss the bill with the amendments to the Code of administrative offences (Cao) and the law “On mobilization preparation” on a Single portal of information disclosure. The Agency proposes to involve in administrative responsibility of military servicemen and reserve for failing to appear for military training. According to the authors of the project, members of the military reserve have to face penalties from 10 thousand to 20 thousand rubles For those who signed a contract and enrolled in the reserve forces, lawyers offices offer to set fines in the amount from 20 thousand to 50 thousand rubles.

As the Chairman of the Military Collegium of advocates Mr Trynin, now the law does not provide for any liability for failure to appear for military training. It is possible to evade military training, and is in no way threatened, says the lawyer.

For evading military service at the call of the youth can be held criminally liable (article 328 of the Criminal code) and sentenced to a fine of up to 200 thousand rubles or imprisonment for up to two years.

Responsible for carrying out these duties the project authors suggest to make the higher officials of regions. Now for hosting fees answer military commissariats, says Trynin.

Mobilization of human reserve was created in July of this year the decree of President Vladimir Putin and being formed as an experiment, follows from the decree. After military service or after military military personnel Department may contract and act in manpower. The state will pay them a monthly salary, but they will be required to regularly attend military training, and in the case of mobilization in the first place because their numbers will be replenished army.

This initiative is the continuation of the reform of the reserve system, says member of the presidential Council for human rights, head of the human rights group “Citizen. Army. Right” Sergei Krivenko. In his opinion, high penalties for failure to appear on charges will enhance “the mobilization capacity of the army.”

In 2014 for evading military service were convicted of 775 (a part of 1 article 328 of the Criminal code). But none of them the courts are not appointed as a punishment with real imprisonment, the main punishment is fines, it follows from the judicial statistics of the Judicial Department at the Supreme court. More than half of prisoners (441 persons) were sentenced to fines of 5 to 25 thousand rubles, and another 30% Dodgers (248) fines from 25 to 100 thousand rubles.
The same indices were in 2013, when the courts handed down prison sentences 738 draft Dodgers. But then the real deprivation of liberty for a term up to 1 year were sentenced 2 people.