French Conseils services Sarl OG Tatarstan and the company “Volga-Discoveries” will jointly work on the implementation on the territory of the Republic investment project themed family entertainment and educational Park. 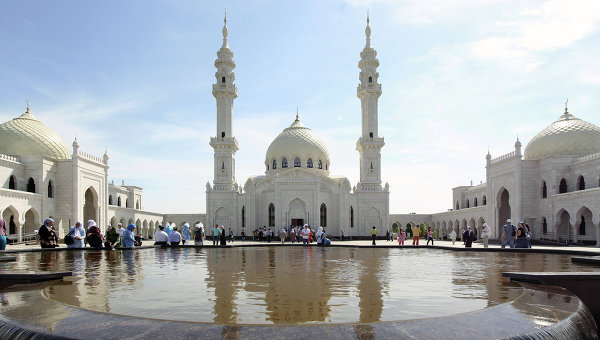 KAZAN, 7 Oct. Irina Durnitsyna. The Tatarstan company “Volga-Discoveries” and the French OG Conseils services Sarl signed an agreement on cooperation in which frameworks will work together to create a family theme Park “Volga Discoveries”, according to the state Committee of Tatarstan on tourism.

“In the framework of cooperation the companies will jointly work on the implementation on the territory of the Republic of Tatarstan for the investment project “Family theme entertainment-education Park “Volga Discoveries”, — stated in the message.

The agreement was signed by the General Director of the Tatarstan Marat Ziatdinov company and the President of the French companies Olivier Grosjean. It is planned that the amusement Park will be created with the use of modern IT-technologies and communications. It is to be built in the vicinity of IT city Innopolis in the territory of 50-70 hectares. The building area is more than 200 thousand square meters. To operate the Park is expected all year round, the throughput will average 5.6 thousand people a day.

The project themed family entertainment and educational Park “Volga Discoveries” designed to contribute to the development of tourism and hospitality in Tatarstan.

In February this year, the Chairman of the state Committee of Tatarstan on tourism Sergey Ivanov together with representatives of the Verkhneuslonsky district of the Republic and LLC “Volga Discoveries” in Paris held a series of meetings with French investors. In particular, they discussed the issue of attracting investments for construction in Tatarstan family theme Park example, Park Futuroscope, dedicated to visual technologies and the world of fiction. In early March verkhneuslon district of the Republic visited the French experts, who provided an expert opinion on the feasibility of the project in this territory with a view to its demand in the world markets of tourist services.