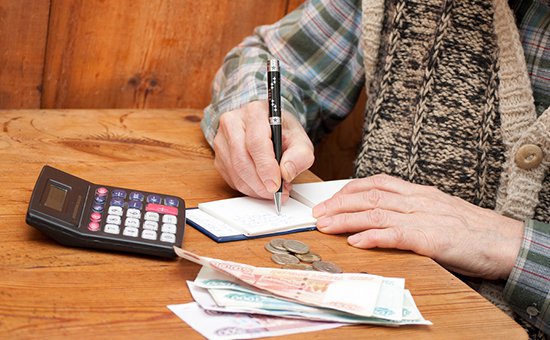 4% with the possibility of doindeksatsii

The decision on indexation of insurance pensions by 4% in 2016 has already been taken, said Minister of economic development Alexei Ulyukayev, reports the correspondent of the international investment forum “Sochi-2015”. “The idea is to conduct the indexation of 4% in the time allotted by law, in February, and to be able to doindeksatsii in that case, if this will allow the budget revenues in the second half year,” he said.

Deputy Prime Minister Olga Golodets said that the issue will be resolved on 7 October. The social block of the government, which is headed by Olga Golodets, opposed such indexing at 4%, which suggested the Ministry of Finance. Golodets to the last insisted on indexing in full, there are about 12% (the expected inflation at the end of this year).

On retirement not decided

According to the speaker, the issue of indexing was discussed at yesterday’s meeting chaired by Prime Minister Dmitry Medvedev. As told sources in the government, the meeting was attended by first Deputy Prime Minister Igor Shuvalov, Finance Minister Anton Siluanov and the head of the Ministry of economy Alexei Ulyukayev.

Related indexation of pensions proposals of the Ministry of Finance about the increase in the retirement age for men and women to 65 years there is no solution, Ulyukayev said. And possible freezing of the cumulative part of the pension the Minister refused to comment.

Win Of The Ministry Of Finance

In mid-September, the speaker supported the idea of the Ministry of Finance to index pensions in 2016 only 4%. In the summer the Finance Ministry proposed to reduce the indexation of pensions and social benefits, in order to balance the budget for the years 2016-2018: 2016 — 5.5%, in 2017 — 4.5%, in 2018 — up to 4%. The social block of the government consistently advocated indexed by actual inflation (the current forecast of Ministry of economic development — 12,2%), as prescribed by applicable law. Back in August the media reported that a compromise was possible between the extremes, but it turns out that close to victory, the Ministry of Finance. Siluanov said that every percentage increase in the pension is 70 billion rubles to the budget and full indexation would require 800 billion rubles In this case would have had “to cut to the quick” other expenses, warned the Minister on September 23.

Refusal from indexation of pensions on actual inflation rate will lead to a new fall in real income of Russians and the growing number of poor, warned former Finance Minister, now head of the Committee of civil initiatives Alexei Kudrin. “I think next year will be continued reduction in real incomes as reduced indexation of pensions”, — said Kudrin (quoted by Interfax), stressing that it will be tough especially those who have no financial support or family money savings.

In September the Ministry of Finance has developed two variants of sequestration in 2016, and in both the main share savings account for the change in pension legislation, reported . Both options provide for the indexation of pensions by 4% not only in 2016, but in 2017 or 2018, as well as raising the retirement age for men and for women to 65 in stages, starting in 2016. The second option is more stringent: it implies accelerated increase in the retirement age, a shift from indexation of pensions on 1 October and the suspension of pension payment to working pensioners with an annual income of over 500 thousand rubles next year. The first scheme pension changes will provide savings for the budget in 2016 to 394 billion rubles, the second — 732 bln. rubles, showed the calculations of the Ministry of Finance.

How to calculate insurance old-age pension

The pension is calculated according to the following formula:

Annually indexed SEC (1 February 2015 is 71,41 rubles, that is, if approved, indexed only by 4% in 2016, the SEC will increase to RUB 74,27) and VWF, which is different for different types of pension and different categories of pensioners. Now the minimum EF for citizens younger than 80 years (not the disabled of the 1st group) without dependents is 4383,59 rubles (in case of 4% indexing it will be increased to 4558,93 rubles). PV more if the pensioner one dependant or more, if the pensioner has reached 80 years and is a disabled person of 1st group, if you lived or worked in the far North or in rural areas. For example, for an 80 year old disabled person of the 1st group with one dependent PV now is about 10 228 roubles and will increase to 10 637,5 rubles, with indexing by 4%.

The basis of the benefits — IPC: the sum of all annual pension points accrued to a citizen at the time of retirement. The number of pension points depends on the accrued and paid insurance contributions to the statutory pension insurance and duration of employment.

Finally, there are bonus factors: PC1 and PC2 enable to increase insurance pension, if a citizen who has reached retirement age, continues to work and draws pension through 1-10 years. For example, if you apply for a pension after 5 years after reaching retirement age, EF is multiplied by 1.36, and 1.45 IPK.

Sources: Ministry of labour, the Pension Fund of Russia