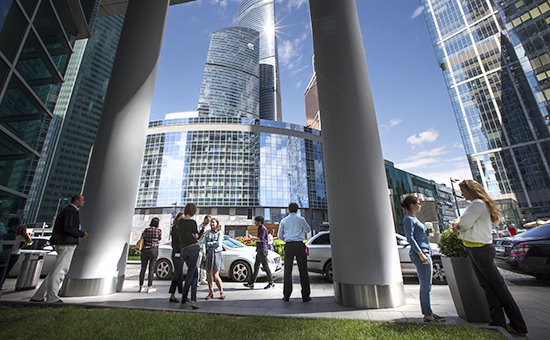 The international monetary Fund (IMF) has lowered its forecast for development of the Russian economy in 2015-2016. In the July version of the report World Economic Outlook predicted that in 2015 Russia’s GDP will shrink by 3.4%, while in 2016 the economy will return to weak (+0.2%) growth. The authors of the new version of the report does not expect an increase neither in the present nor in the future year.

The IMF experts note that the continuing downturn in the economy of Russia is connected with simultaneous influence of factors such as low oil prices and imposed on Russian international sanctions, as well as with existing and previously “structural weaknesses”.

We will remind that for January—August 2015, Russia’s GDP decreased at an annual rate of 3.8% in August to 4.6%. At the beginning of October 2015, the Minister of economic development Alexei Ulyukayev said that his Department has lowered its forecast for GDP fall in 2015 from 3.8 to 3.9%.

The baseline scenario developed by the Bank of Russia, implies a reduction of GDP in 2015 from 3.9 to 4.4% and the next 0.5–1%. According to the head of the Central Bank Elvira Nabiullina, Bank of Russia expects the reversal of negative trends in the Russian economy in the second half of 2016 and return to growth in 2017.

At the end of September 2015, the world Bank announced that in recession the Russian economy is showing signs of “tentative stabilisation”, indicating that “Russia has bottomed”. However, the resumption of economic growth in the UK in the near future also waiting. On the contrary, according to the updated forecast, in 2015 Russia’s GDP will shrink by 3.8% instead of 2,7%, and in 2016 — 0.6% (previously expected growth of 0.7%).

Economists at Morgan Stanley believe that next year Russia’s GDP will fall by 1.3%. Growth of the Russian economy (1.7%) Morgan Stanley expect only in 2017.

“A two-year recession will be the longest [in Russia] over the last two decades, will lead to a drop in domestic demand by almost 10% due to a sharp downturn of consumption and investment,” write the economists at HSBC.