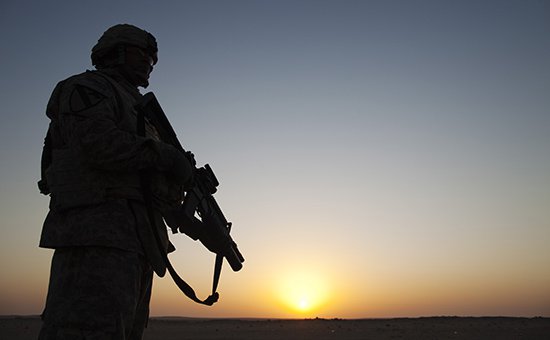 According to Al-Hayat citing a source close to the government of Iraq, Prime Minister Haider al-Abadi has received from US some letters in which he advised not to go to Russia with a request to strike the terrorists on Iraqi territory. The American side, according to the source, explains its request that Russia’s intervention will affect the operation of the international antiterrorist coalition.

The source in the publication of the newspaper, cited by the TV channel Al-Arabiya, adding that the U.S. military explained the difficulty of combining the two operations, especially in the absence of coordination between the parties.

The same source Al-Hayat said that the American military working in the coordinating center of anti-terrorist mission in Baghdad, contend that in the case of the intervention of Russia, the coalition operation will continue, but will become less effective as the number of sorties will be reduced.

On 1 October, the day after the beginning of air operations of Russia in Syria, Iraqi Prime Minister al-Abadi said that he would welcome the Russian air force strikes on positions “Islamic state” in Iraq, but so far such proposals from Moscow have been reported.

On the same day the Director of the Department on new challenges and threats of the foreign Ministry of Russia Ilya Rogachev said that Russia will assess the political and military feasibility of expanding operations to Iraq, if the Russian authorities will ask the authorities of Iraq or will have adopted appropriate UN resolution. At the same time the head of Foreign Affairs Sergei Lavrov stressed that Moscow “has not been invited and no one asked” to strike at terrorists in Iraq.

On 7 October the head of the defense Committee of the Iraqi Parliament, Hakim al-Zamili said that Baghdad might in the next few days or weeks to address to Moscow with the request to carry out air strikes on positions “Islamic state” in Iraq.

As announced on 30 September, the Chairman of the Federation Council Committee on international Affairs Konstantin Kosachev, the appeal of President Vladimir Putin to the Federation Council on the use of force abroad is not accidental and do not specify a country. “It States that the Armed forces of the Russian Federation will be used outside the Russian Federation. And given the fact that the operational environment may require different options,” — said Kosachev. According to him, “try to solve the problem of ISIS in any one segment is not possible, understanding that those who chase the Syrians with our help, you can crawl for some sort of virtual border, to recover, to recharge and to undergo treatment”.

On 30 September, the first day of operation of Russia in Syria, one of the senators stated that “if the situation so requires”, the area of operation can be extended.