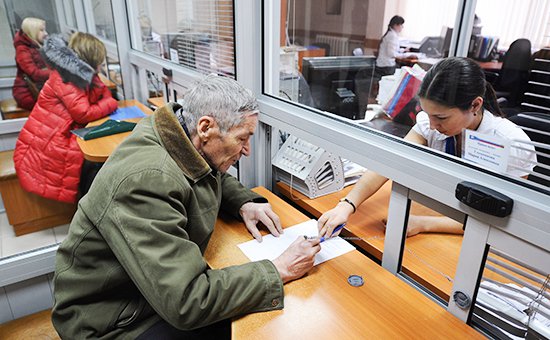 On extension of the moratorium on pension contributions in 2016, the newspaper said four Federal officials. According to one of them, Prime Minister Dmitry Medvedev announced the decision of the government to the heads of the committees of the Duma from “United Russia” on Monday. This information, however, is not confirmed by one of the participants of the meeting with Medvedev. He told the newspaper that the freezing of contributions not reported.

In turn the press-Secretary of Medvedev Natalya Timakova said that currently only “various options are being discussed, the decision will be enshrined in the draft budget on 8 October, paid to the government.”

The President’s press Secretary of Vladimir Putin Dmitry Peskov said that the head of state freeze pension has not been discussed yet.

For the first time, pension contributions have been frozen in 2014. Then the moratorium was extended for 2015.

About the discussion in the government next the freeze of pension savings, the media reported in mid-July. Then close to the government sources said the proposal to freeze pensions received from the social unit under the leadership of Deputy Prime Minister Olga Golodets.

Non-state pension funds turned to Putin with a request not to freeze further pension savings. In their letter to Medvedev stated that the extension of the moratorium for 2016 would harm the Russian economy and lead to new losses of citizens. Over the last two years, when the state was transferred to the accounts of the NPF funds of future retirees, tens of millions of people have suffered losses amounting to about 30 billion rubles, calculated in the NAPF.