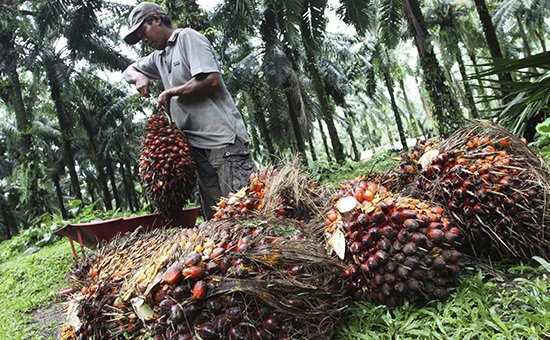 Minister of agriculture Alexander Tkachev said that the authority “openly declared war on” palm oil. About this Tkachev said at a press conference in Moscow.

“We openly declared war on palm oil in food products, hope that will support us, and come to a decision to label dairy products to large letters to identify them, like on cigarettes, that it “yogurt palm” or “palm cocktail”, and let the buyers decide. Or will it be kefir milk”, — quotes the Minister Interfax.

According to him, “it’s only fair”. “Because the consumer should understand — I’m exaggerating a bit, and I say conditionally that kefir and fermented baked milk made with vegetable fats, particularly palm oil,” he said.

Tkachev added that with the introduction of labelling, the share of dairy products with palm oil in the composition is a multiple reduced. He noted that the consumer wants to get “clean and honest milk”.

Plans to introduce labelling for products of the dairy industry Tkachev said earlier in an interview to “Kommersant”. “Large letters must be specified that contains the product that the consumer was able to decide to buy dairy products from the milk at a higher price or a product with added non-dairy fat at a lower. Yes, there are a lot of disputes. Harmful palm oil or not. Let’s leave this question for discussion by doctors and scientists. Until then, let the consumer decide,” he explained then Tkachev.

According to him, over the past five years, the volume of palm oil imports has changed significantly. Tkachev then reported that annually, Russia imports about 700 tonnes of this product, and since the beginning of 2015, the imports grew by 18%. The domestic industry is palm oil does not.

The Minister added that he estimated that approximately 20% of dairy products to one degree or another “sold with the presence of such non-dairy fats”. “Frankly, many do not indicate on the package, because they understand that it will lower demand”, — said Tkachev.

To address the issue in different ways: a ban on the import of palm oil and its use for food, the introduction of quotas to reduce imports and labelling of products, on the proposal of the Ministry of agriculture.

“I think he’s the best, because, as I said, the harm of palm oil has not yet been proven. At the same time, the domestic milk we have still a deficit,” concluded Tkachev.

The idea of introducing the quota on import of palm oil was supported in the Federation Council. “Until this loophole, manufacturers of cheese and butter will use it because it is cheap. Naturally, this will be a specific price on the cost of the product. We should not increase quantity at the expense of quality,” — said earlier the Chairman of the Federation Council Committee on agrarian and food policy and environmental management Gennady Gorbunov.

Later, the Rosselkhoznadzor said that the media misinterpreted the data presented. The office indicated that the percentage of adulteration was established on the basis of data of the state monitoring, in which experts examined approximately 100 samples of dairy products.

Amid discussions of counterfeit the head of the government Dmitry Medvedev urged officials to accurately speak on this matter. “People are beginning to worry, and saying, where is the substitution, if 80% of the counterfeit cheese,” said Medvedev.