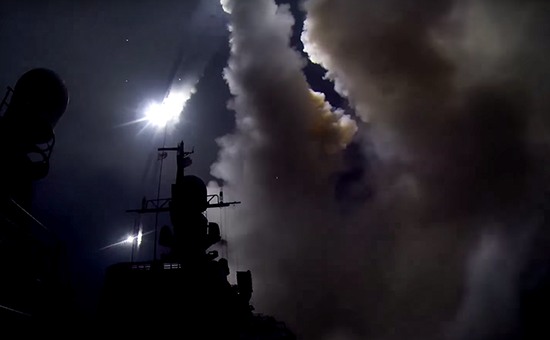 The video, posted by the military Department on its official YouTube channel, shows how from the ships rocket takes off. The video also shown the map of the middle East and the flight path of the missile over the territory of Iran, Iraq and Syria.

A heavy attack on ISIS facilities in Syria, from the Caspian sea

The press service of the defense Ministry indicated that the impact on infrastructure is banned in Russia “Islamic state” and associated with “al-Qaeda” grouping “Dzhabhat EN-Nusra” was carried out missile ship “Dagestan”, equipped with high-precision missile complex “Caliber-NK” and small missile ship “Grad svijazhsk”, “Uglich”, “Velikiy Ustyug”. Only 26 were made launches of cruise missiles.

The defense Ministry stressed that all defined goals have been amazed at the accuracy of three meters. Among them were factories for the production of shells and explosive devices, command posts, warehouses of ammunition, weapons and fuel and lubricants, as well as terrorist training camps. All these objects were detected in the last two days of operation of different types of intelligence.

In the General staff said that the cruise missiles were flying over desolate terrain, and the run was agreed in advance with partners, reports TASS. 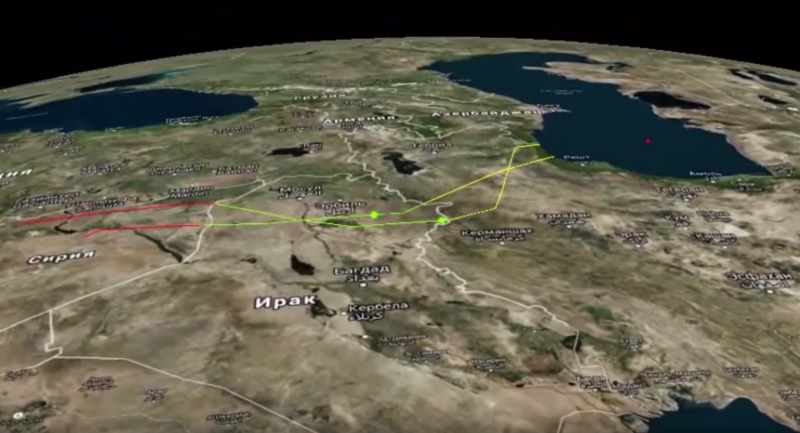 The trajectory of the missiles over the territory of Iran, Iraq and Syria
Photo: Screenshot from the website of the Ministry of defense of Russia

Putin praised the Russian military action. “We know how complex operations such as anti-terrorist. And, of course, to summarize still early, but what has been done so far certainly deserves a positive assessment”, — he said and instructed Shoigu to continue cooperation on Syria with the US, Turkey, Saudi Arabia, Iran and Iraq. The President expressed the view that without the participation of these countries “work properly are unlikely to organize.” 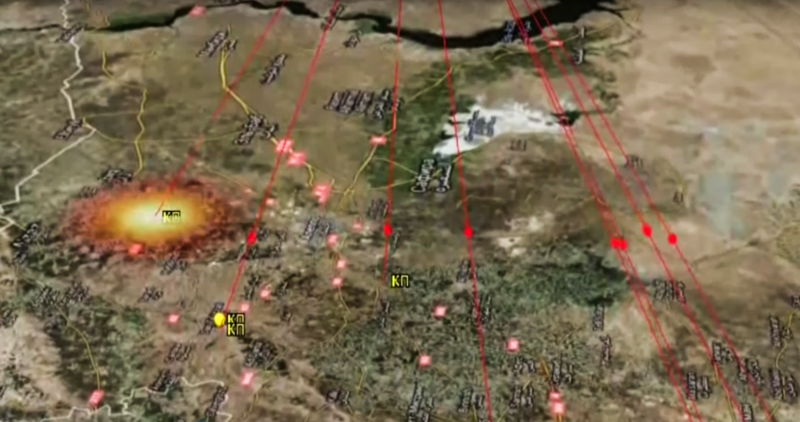 Scheme objectives the missile strike
Photo: Screenshot from the website of the Ministry of defense of Russia

Shoigu announced that from 30 September, when the Federation Council gave Putin permission to use armed forces abroad, the Russian military attacked the 112 objects of IG. The defense Minister noted that “the intensity of impacts increases”. “During this time, with 30 number destroyed 19 control, 12 ammunition depots, 71 unit of armored vehicles, 6 factories and workshops for manufacturing explosive devices”, — said the head of the defense Ministry.

Operation of Russia in Syria began on September 30. On the same day, Putin said that support for the Syrian army “will be carried out with air, without participation in ground operations”. Since the beginning of the operation, the defense Ministry delivers daily reports in which it was reported exclusively about the strikes on the positions of terrorist forces aviation.