The railway bypassing Ukraine, will start from Zhuravka to Millerovo. Will be built seven stations and five substations, the line to be fully electrified. 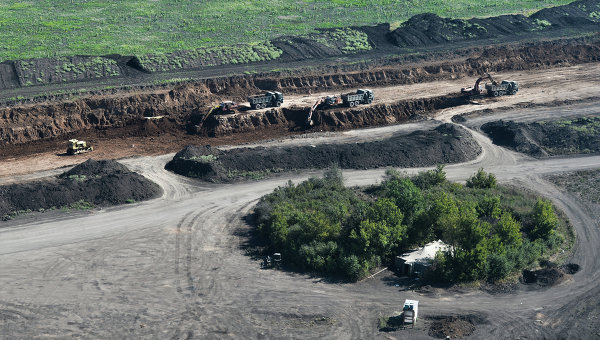 KOLESNIKOVA (Voronezh region), 26 Sep. The railroad bypassing Ukraine will consist of 7 stations, has informed on Saturday to journalists the Vice-President of JSC “RZD” Oleg Tony.

Earlier it was reported that Russian railway troops began construction of the second of the railway section bypassing Ukraine.

“On the railroad from Zhuravka to Millerovo by our subsidiary company “Roszheldorstroy” it is planned to construct 7 rail stations and 5 stations, as well as to carry out electrification of the branch”, — he said.

Tony noted that “work needs to efficiently and without exceeding a value approved by the government.”

He expressed confidence that all work “will be performed fully and on time”.