The session will review the forecast of socio-economic development of the Russian Federation until 2018 and the draft guidelines for the single state monetary policy until 2018. 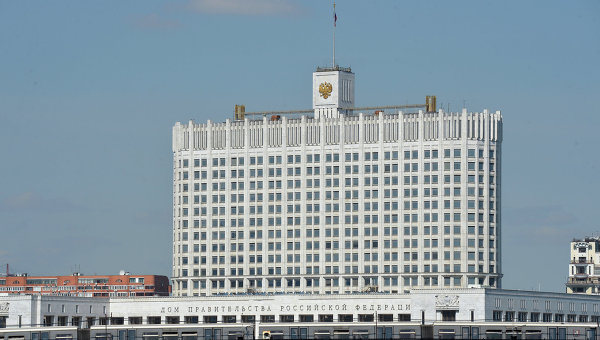 MOSCOW, 8 Oct. The Russian government on Thursday will discuss the draft Federal budget for 2016, which, after recent legislative innovations is only accepted for the coming year due to high volatility in commodity and financial markets, follows from the materials for the meeting of the Cabinet of Ministers.

Previously the budget has been adopted for three years. Traditionally, together with the main financial document of the country will be discussed budgets for 2016 of the Pension Fund, Federal compulsory medical insurance Fund and social insurance Fund.

In addition, the session will review the forecast of socio-economic development of the Russian Federation until 2018 and the draft guidelines for the single state monetary policy until 2018.

According to the draft, posted on the portal of information about preparation of normative legal acts, the budget deficit of the Russian Federation in 2016 will amount 2,184 trillion rubles, or 2.8% of GDP. The Ministry of Finance has laid the draft income in the amount of 13.6 billion rubles, the expenses — to 15.8 trillion rubles.

Limit the level of internal debt of the Russian Federation set on January 1, 2017 in the amount of 9 trillion rubles, foreign — 55,1 billion dollars.

The Finance Ministry plans in 2016 to place on the external market for government securities to $ 3 billion, whereas in previous years were traditionally laid to the Russian budget limit external borrowing at $ 7 billion. Net attraction of internal borrowings of the Russian Federation in 2016 is expected to reach 500 billion rubles.

The draft budget for 2016 was imposed on the basis of an updated macro forecast of Ministry of economic development, according to which the average annual price for oil will be 50 dollars per barrel, the ruble exchange rate is 63.3%, GDP growth will reach 0.7%, inflation is at 6.4%, the industrial output growth to 0.6%.

In order to have funds for the implementation of individual orders of the President and government, as well as to support the Russian economy, if necessary, the Finance Ministry proposes a total reserve in the Federal budget for 2016 and 1.1 trillion rubles from various sources; this amount includes funds in the amount of 500 billion rubles, which can be further channeled from the Reserve Fund for the replacement of lost revenue and cover the budget deficit.

In the reserve, judging by the materials of the Ministry of Finance recorded and 342,2 billion rubles of savings by extending the freeze of pension savings. The decision to freeze was made on Wednesday at a meeting of the government Commission on budget projections.

As an anti-crisis reserve in the amount of 150 billion rubles can be used also other sources: Russian President Vladimir Putin instructed the government to examine the issue of deployment up to 30% of the volume of additional oil and gas incomes of the Federal budget, which will be available in 2016.

The deficit of the consolidated budgets of Russian regions in 2016 would decrease by 15% compared with the current year and will be 405,9 billion rubles, follows from materials of the Ministry of Finance. The revenues of regional budgets will increase by 4.7% to 9,617 against 9,186 trillion trillion rubles in 2015. Spending will grow 3.7%, to 10,023 billion.

The Finance Ministry has proposed to establish in 2016 the limit of budgetary credits to regions to cover the deficit in the amount of 140 billion rubles.

The Ministry also plans to allocate to regions 120 billion roubles in Federal loans to refinance previously issued budget loans and partial replacement of debt obligations repayable in 2016. These proposals were approved at the meeting of the tripartite Commission on interbudgetary relations on October 6.

At the Commission on budgetary planning, in addition to the freeze of pension savings, it was decided not to index pensions to working pensioners from February 1, 2016 by 4%, as operating. The issue of additional indexation of pensions in the second half of the year will be based on the economic situation in the country.

The Finance Ministry proposes to save in 2106 year by freezing the indexation of salaries of Federal civil servants, judges, prosecutors, military personnel and are not to be indexed maternity capital, leaving it at level 453 thousand rubles. Meanwhile, Deputy Prime Minister Olga Golodets said earlier that the size of the parent capital from 2016 can be 475 thousand rubles.

The result of the recent government meetings, meetings with parliamentarians and representatives of companies has not yet announced a decision on the export duty on oil and mineral extraction tax on gas. The Finance Ministry had originally proposed in 2016 to mobilize in the budget of 600 billion rubles of additional revenue due to the oil.

After sharp protests from companies and relevant agencies, the request was reduced to 300 billion rubles, of which 200 billion rubles will be obtained by freezing the reduction of export duties on oil (according to oil tax maneuver, it would be reduced in 2016 from 42% to 36%) and 100 billion rubles — at the expense of increasing the severance tax on gas for “Gazprom”.