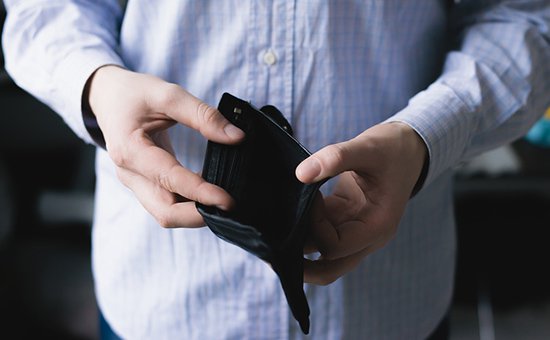 In Russia from 1 October 2015 came into force the law on bankruptcy (insolvency) of citizens. The law allows citizens who are not able to get out of debt, take the debt burden by declaring bankruptcy.

The bankruptcy procedure consists of several stages. First, the borrower or the lender shall submit an application to the arbitration court at the place of registration of the debtor. The application shall contain the name of the self-regulatory organization, from members to which a citizen wants to assign the Trustee or the Manager.

Further, there are three options: the creditor, the debtor and Trustee agree on the restructuring, global sign, and if not — go to court. He acknowledges the debtor bankrupt and its assets are sold at an electronic auction, and all the debts or part thereof written off. While there is a procedure, a citizen may not leave the country, and in the next five years — to borrow and to take up leadership positions.

By estimations of head of Department of Federal bailiff service Alexander Kuzovkov, which led earlier , in the next year, the bankruptcy will try to pass about 400 thousand debtors. The Chairman of the “Finpotrebsoyuz” Igor Kostikov believes that the number will be slightly less than — 200-300 thousand people.

Total, according to United credit Bureau, the law on bankruptcy are about 580 thousand Russians — those who are no longer able to cope with the debt burden. It’s about 1.5% of the total number of borrowers with existing loans. Evaluation of economic development are very different: they expect that the bankrupts would want to become 4 million in Moscow and the Moscow region.

However, there are several reasons why the law may not benefit everyone. One of them, and the main one — the price. As pointed out by the consultant of the Research center of private law under the President of the Russian Federation Oleg Zaitsev, for some debtors, bankruptcy may be more costly than paying the debt. By estimations of Chairman of the Board of Directors of legal Bureau “Olevinsky, Buyukyan and partners” Edward Revinskogo, the minimum amount in which the procedure will cost the debtor, 30-40 thousand rubles, maximum — slightly more than 100 thousand rubles.