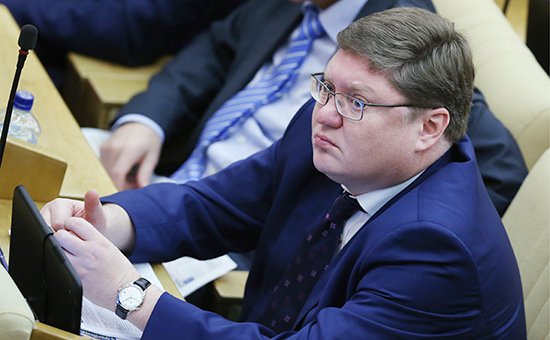 The government has notified the heads of profile committees of the state Duma on extending the freeze of pension savings by 2016, reported Interfax with reference to Deputy speaker Andrei Isayev. He also said in the interview with the Agency that the decision to extend the moratorium has already been made.

“I consider it correct”, — said the representative of “United Russia”.

Later in conversation with the correspondent the Vice-speaker noted that the discussion is still ongoing. “Is it finally, I don’t know. The issue is discussed on different levels,” he said.

An anonymous Federal official told Interfax that the frozen funds, will be directed not to Finance the deficit of the Pension Fund and in the reserve of the government.

“Freezing, but the socialist won’t give in, they will go to the reserve,” the official said.

Earlier today on the extension of the moratorium, citing the high-ranking officials told the newspaper “Vedomosti”. According to sources, Prime Minister Dmitry Medvedev announced the decision of the government to the heads of the committees of the Duma from “United Russia” on Monday.

Press Secretary of the head of the government Natalia Timakova said that currently only “various options are being discussed, the decision will be enshrined in the draft budget on 8 October, paid to the government.”

Recall that for the first time, pension contributions have been frozen in 2014, and then extended the moratorium for 2015. In early 2015 the majority of experts surveyed by Bloomberg predicted that the Russian government will prefer to continue to spend funds intended for payments to future retirees to settle current pension obligations and will extend the moratorium and in 2016.

At a closed meeting with the President on March 19 in the framework of Russian business Week Vladimir Putin has promised not to eliminate mandatory cumulative part of the pension, but made extending the freeze for 2016.

Information about what the government really discusses the new freezing of pension accumulation, appeared in the media in mid-July. Sources close to the government, reported that the proposal to freeze pensions received from the social unit, which is supervised by Deputy Prime Minister Olga Golodets. In early September she said that the government continues to discuss the fate of pension and the issue of indexation. According to her, the final decision will be made by the time of finalizing the budget.

Earlier the Vice-Premier said that the government is discussing the issue of freezing of pension savings in 2016 to use those funds for indexation of pensions in the new year in line with inflation. According to her, in order to carry out indexing, it would be enough 350 billion rubles, which can be removed from future pension savings.

On the eve of the non-state pension funds turned to Putin with a request not to freeze further pension savings. In their letter to Medvedev stated that the extension of the moratorium for 2016 would harm the Russian economy and lead to new losses of citizens. Over the last two years, when the state was transferred to the accounts of the NPF funds of future retirees, tens of millions of people have suffered losses amounting to about 30 billion rubles, calculated in the National Association of pension funds.