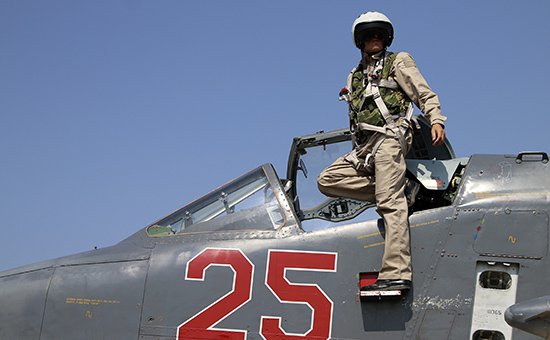 As reports Reuters with reference to the head of human rights groups in Syria of Rami Abdulrahman, for the first time since Russian airstrikes, the government army launched a ground operation, receiving air support. According to him, after the RAID on the rebel positions in the area of major highway, connecting the North and South of the country, the same area was attacked by the soldiers of the Syrian army. The human rights activist reported heavy fighting.

Abdulrahman did not specify who exactly controls the positions who are now attacking government army.

The highway referred to in the message, connects the largest cities of Syria — Damascus, HOMS, Hama, Idlib and Aleppo. They all, except capital, are controlled by different groups — as “Syrian free army” and the terrorist “Islamic state” and associated with “al-Qaeda” group “dzhebhat EN-Nusra”.

Earlier, the Syrian Ambassador in Moscow Riyad Haddad told RIA Novosti news Agency that the Syrian army from the first day of the Russian air strikes carried out the attack in the forbidden in Russia of the movement “Islamic state”. While the Syrian news Agency Sana these days about the occurrence was not reported, confirming only local battles in several Syrian provinces.

For the first few days of the operation in Syria, the Russian air force carried out over 100 strikes on the positions of terrorists on October 7, forces of the Caspian flotilla has released the infrastructure of the militants 26 cruise missiles. The Russian military reported that during the raids destroyed command posts of the IG, munitions, terrorist training camps, and armored vehicles captured by militants from the Syrian government army in the preceding months.

Russian officials have repeatedly stated that the Russian army will not participate in ground operations in Syria. According to President Vladimir Putin’s support for the Syrian government army would be implemented only from the air.