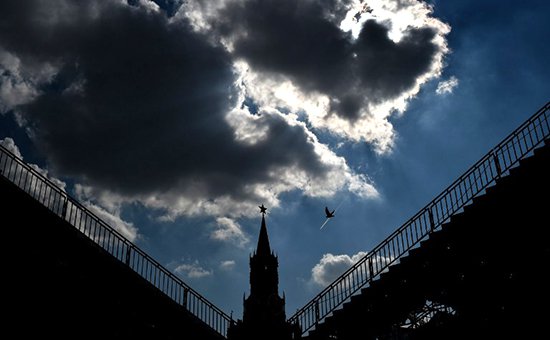 In in recession the Russian economy is showing signs of “tentative stabilisation”, indicating that “Russia has bottomed out,” according to the report published today by the world Bank (WB). However, the resumption of economic growth in the UK in the near future do not wait. On the contrary, according to the updated forecast, in 2015 Russia’s GDP will decline even stronger than previously expected, by 3.8% instead of 2.7%. In the baseline scenario the decline will continue in 2016, for which Russia’s GDP will be reduced by 0.6% (previously expected growth of 0.7%).

One of the main factors that impeded the growth of the Russian economy, the world Bank experts called low oil prices. Under the baseline scenario, in 2015 and 2016 the average price of a barrel is $53 (previously it was thought that by the end of 2015 average price will be about $57 per barrel) and only in 2017 will rise to $55.

“Low oil prices also affected the status of other energy markets, especially natural gas markets in Europe and Asia. These associated effects will lead to additional negative consequences for Russian exports of energy resources”, — stated in the WB report.

World Bank experts warn that within the next two years of low oil prices will exert serious pressure on Russia’s budget. The report highlights that losses from lower oil revenues and revenues from import duties are unlikely to be offset by already planned reductions in budget expenditures by 5% and the rejection of indexation of salaries of state employees. So in 2016-2017, according to WB, either budget expenditures will be cut substantially more, or will increase the budget deficit.

Due to the fall in oil revenues and the negative impact imposed by the US and its allies sanctions (in the WB do not expect that they will be withdrawn before the end of 2017) to the authorities of Russia will find it increasingly difficult to maintain fiscal sustainability, which will require a “re-evaluation of priorities on the expenditure side”.

Meanwhile, the refusal of the state of execution of at least part of social obligations and the reduction in real wages and pensions will hurt the poorest segments of the population. The number of poor people in Russia as a result of the rapid reduction in real income, according to the forecast of the WB, by the end of 2015 even if the scenario plays out will exceed 14% of the population. According to pessimistic scenario, the poverty rate in 2016 will increase to 15.8% (22.6 million people), and in 2017 — to 16.5% (23.5 million people) that “would nullify all the achievements in poverty reduction since 2006”.

In the world Bank report also stresses that major challenges for short-term prospects for economic growth in Russia creates an unfavorable external environment, however, these prospects depend not only on external factors but also by the authorities of the country measures on adaptation of the macroeconomics and budget to a complicated situation.

“It is important not to succumb to pressure and not to take action, promising temporary relief of the negative consequences of the adaptation process to the detriment of long-term growth of the economy. Attempts to halt the transformation process or the rejection of deep and sustainable structural reforms can lead to the fact that the country is trapped in low economic growth in the medium term”, — emphasized in the world Bank report.

On the eve of the Ministry of economic development reported that Russia’s GDP in January—August shrank at an annual rate of 3.8% in August to 4.6%. With a significant negative impact on the dynamics of GDP has had a sharp decline in real incomes and, as consequence, falling of consumer demand.