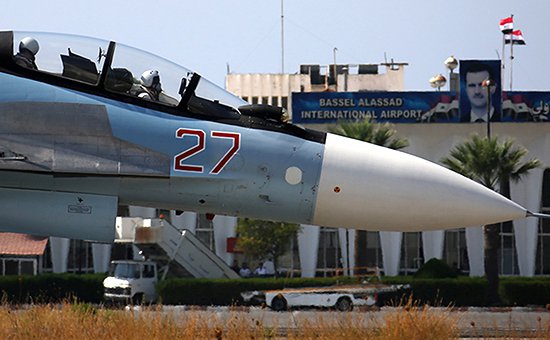 USA refused from military cooperation with Russia in Syria. This was stated by the head of the Pentagon Ashton Carter, reports Reuters.

“We are not ready to cooperate in the framework of the strategy, which we think is wrong, tragically wrong from the Russian side,” said Carter.

The head of the Pentagon made a cooperation with Russia only on issues necessary for the safety of pilots. Before it became known that the defense Ministry of Russia and the U.S. working paper on interaction in aviation operations against “Islamic state” in Syria.

Carter also reiterated that the Russian strikes on Syria not aimed at militants of the banned in Russia “Islamic state”. Similar accusations against Moscow sound since the beginning of air operations in Syria. The Russian side denies and notes that the purpose of the aerospace defence forces are the objects of IG. In particular, the President of Russia Vladimir Putin stated that reports of attacks on opposition forces are “information attacks”.

The day before Deputy defense Minister of Russia Anatoly Antonov and head of the Main operations Directorate of the General staff Andrey Kartapolov appealed to the members of the coalition, headed by USA, with a request to share intelligence on militant positions in Syria. They noted that the Russian information about the objects is “verified and accurate”. “But if the military departments antiepilepsy coalition has additional information about terrorists, ask them to provide us,” said Russian military.

Earlier on Wednesday, 7 October, US Ambassador to NATO Douglas Lute said that the Alliance and the States are not going to share with Russia the intelligence on Syria as long as Moscow supports Syrian President Bashar al-Assad. He agreed that the two countries have “a common interest in defeating Islamic state, but there is a “mismatch between goals.”

The Russian military operation in Syria began on September 30. It involved about 50 helicopters and aircraft. As reported earlier, defense Minister Sergei Shoigu, to defeat the purposes of the IG was also attracted by the flotilla of the Caspian fleet.